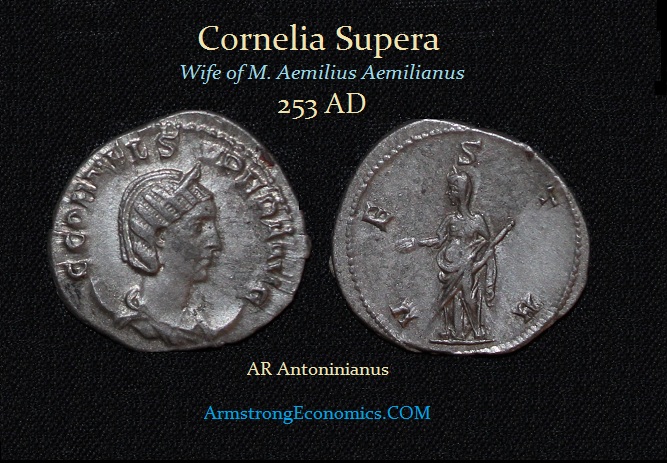 Cornelia Supera is a woman who was completely unknown to history if it had not been for surviving specimens of her coinage. Cornelia was most likely married to the usurper Aemilian and quite possibly a native of Mauretania as was her husband. Prior to Aemilian’s grasp of power, he was the governor of Moesia where Cornelia most likely resided before being given the rank of Augusta by her husband. Nothing is known of her background or of her fate following the murder of Aemilian. Her name and any monuments in her name were condemned after Valerian I (253-260AD) was hailed as emperor in October of 253AD.