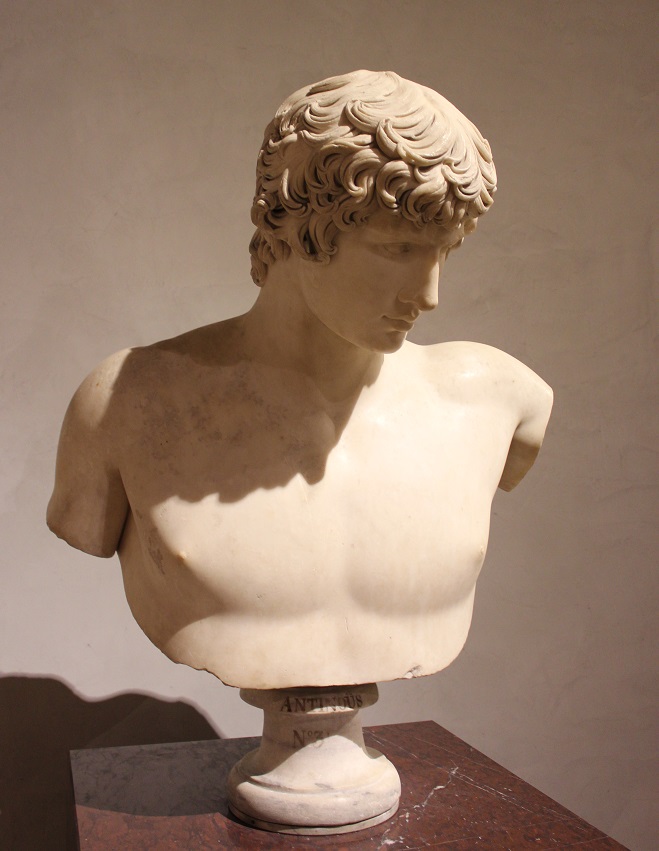 Antinous was the homosexual lover and companion of the Emperor Hadrian. Nothing is known of his origin or age. Antinous was a Bithynian Greek youth who Hadrian became attracted to. He perhaps caught Hadrians eye on his trip to Bithynia about 123AD. Hadrian then took him to Rome where he was educated. He accompanied Hadrian in 128AD, when he toured the Empire. In October 130AD when they were sailing down the Nile, Antinous died amid mysterious circumstances with allegations that he died from an accidental drowning. There was perhaps the possibility of an assassination.

Hadrian was so stricken with grief that he commanded a series of cultic ceremonies throughout the East. Following his death, Hadrian has Antinous deified and he was worshiped in both the Greek Eastern part of the Empire as well as the Latin West. Hadrian also ordered sculptures and coins to honor his dead lover. But perhaps the greatest honor of all was the founding of the city of Antinopolis on October 30th, 130 AD to mark the spot of the youth’s death. It was located across the Nile from Hermopolis. 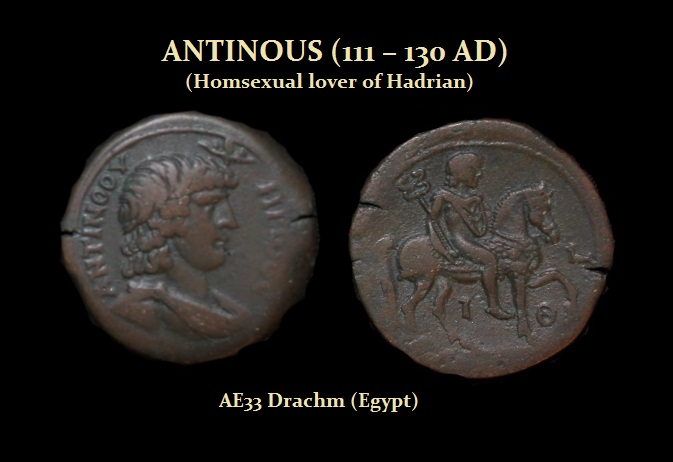