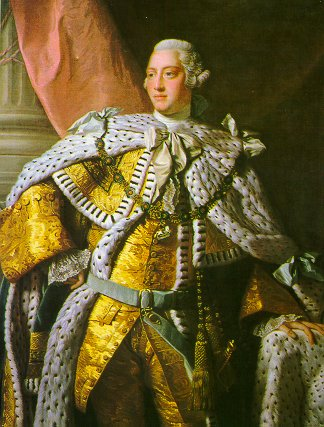 George (William Frederick) III was the eldest son of Frederick, Prince of Wales, and grandson of George II. George III was born June 4th, 1738, being the first sovereign of the Hanoverian line who was actually born in England. On the death of his father, in 1751, his education was intrusted to the Earl of Harcourt and the Bishop of Norwich ; but he was wretchedly trained, was made unhappy by the violence of his grandfather, and the heartless selfishness of the Princess-dowager, his mother, and at 11 years of age could not read English. He ascended the throne on the death of his grandfather, in 1760; his reputation was unspotted, and the first speeches he delivered to his council and parliament were hailed as signs of a patriotic regard for the liberties of the people over whom he was destined to rule.

A prosperous war had made the existing administration popular, and no change was thought necessary; but when Mr. Pitt resigned, John Stuart, Earl of Bute, who had long maintained confidential relations with the Princess-dowager, and possessed great influence with the king, was made Prime Minister. On the 8th of September, 1761, the king married the Princess Charlotte of Mecklenburg-Strelitz. The new administration having entered into negotiations with France and Spain, preliminaries of peace were signed Nov. 3, 1762, at Fontainebleau. In 1763 the country was kept in continual agitation by political pamphlets and libels of various kinds, foremost among which was the memorable ‘No. XLV. of the North Briton,’ by Wilkes. In 1764 Lord Bute retired, and George Grenville, the new Premier, began those measures in relation to the American colonies, the consequences of which proved so momentous, and the American Stamp Act was passed the following year.

Early in this year the king was attacked by an illness of six weeks’ duration, probably similar in its nature to the malady which obscured his latter days. Soon after his recovery he went down to the House of Peers, and proposed a legislative enactment, by which he might be enabled to appoint the queen, or some other member of the royal family, guardian to the heir apparent, and regent of the kingdom. The bill was passed, although it met with so much opposition in its progress, that another change in the administration ensued, and Charles Wentworth, Marquis of Rockingham, was placed at the head of the Treasury. The Rockingham party repealed the obnoxious Stamp Act; yet, notwithstanding this and other popular measures, the new cabinet was dissolved in July, 1766.

Augustus Fitzroy, Duke of Grafton, succeeded the Marquis of Rockingham as First Lord of the Treasury, and Mr. Pitt once more took office, being raised to the peerage by the title of Earl of Chatham; but in 1768, being disgusted with the conduct of his colleagues, he resigned the Privy Seal, and was succeeded by Lord Bristol. The same year was distinguished by the return of Wilkes for Middlesex, and the popular tumults attending upon his imprisonment and outlawry. The aspect of affairs in America grew more serious every day, and public discontent was at its height, when, at the close of the year 1769, Junius published his famous Letter to the King. At the beginning of 1770 Lord North succeeded Augustus Fitzroy and increased rather than alleviated the national calamities. Popular clamour kept pace with ministerial folly; blood had been already spilled in America; and the city of London delivered a bold and spirited address and remonstrance to the king, which the king replied to in terms expressive of his displeasure.

In 1772 the Royal Marriage Act was passed, whereby all members of the royal family are prevented from marrying before the age of 25, without the king’s approbation; as also subsequently, if disapproved by both houses of parliament. After a long war, during which France, Spain, and Holland interfered in behalf of America, the independence of the United States was acknowledged. In 1782 Lord North resigned, and the Rockingham party came into office; but the new administration soon afterwards broke up, on account of the sudden death of the premier, and Lord Shelburne was placed at the head of the government, with Mr. Pitt, son of the Earl of Chatham, as Chancellor of the Exchequer.

In 1783 the memorable Coalition ministry between Mr. Fox and Lord North was formed. To this the king was decidedly hostile; and as soon as Mr. Fox’s India bill had been rejected by the Lords, he sent a message to him and Lord North, commanding them immediately to return him their seals of office, by a messenger, as a personal interview with them would be disagreeable to him. On the following day Mr. Pitt became Prime Minister; and the firmness which the king had displayed in the affair, and the intrepidity with which he opposed the Coalition, gained him considerable popularity. On the 2nd of August, 1786, a woman, named Margaret Nicholson, attempted to assassinate his Majesty at the garden entrance of St. James’s Palace. She was mad, and was at once consigned to Bedlam. Similar attempts on the king’s life were made in October, 1795, and in May, 1798: on the last occasion, in Drury Lane Theatre. The king displayed great self-possession, and the audience, roused to enthusiasm, sang three times the National Anthem, with the following stanza, supplied impromptu by Sheridan:-

In 1800 the Act of Union between Great Britain and Ireland was passed; and in order to bring those over who opposed the measure, the ministers allowed a tacit understanding to prevail, that it would be followed by certain political concessions. George III., however, could never be persuaded that he could admit the Catholics to political power without violating the spirit of his coronation oath; the consequence of which was, the retirement from office of Mr. Pitt and his colleagues in 1801, and the formation of a new ministry, headed by Mr. Addington. Negotiations were now speedily entered into, which led to the treaty of Amiens. The king consented to it with great reluctance. It was, in fact, very unpopular; and when the resumption of hostilities took place in 1803, there was an evident demonstration of public satisfaction. The Addington administration proved incompetent to their task, and Mr. Pitt, in 1804, again took the helm of state; but he died in 1806, and the Grenville party, which Fox had joined, went into office.

In 1807 Lord Grenville and his colleagues attempted to change the king’s opinions with regard to Catholic emancipation; but his Majesty was inflexible, and declared, that ‘although he had firmness sufficient to quit his throne and retire to a cottage, or place his neck on a block, if his people required it, yet he had not resolution to break the oath which he had taken in the most solemn manner at his coronation!’ This led to the ejection of the Fox and Grenville party, and the Perceval administration succeeded them. On the 25th of October, 1809, the king commenced the 50th year of his reign, and a jubilee took place on the occasion. The rapid decay of the king’s sight at this period was very apparent, and considerably affected his spirits; and the death of his youngest and darling child, the Princess Amelia, which happened towards the close of 1810, gave him a shock from which he never recovered. His insanity returned, and, early in December, it assumed so violent a character, that but slight hopes were entertained of his recovery. A regency bill was therefore passed, similar to that proposed by Mr. Pitt in 1788.

The remaining years of the king’s life are little more than a blank in biography, for his lucid moments were ‘short, and far between;’ but it is said that in 1814, when the allied sovereigns visited England, he evinced indications of returning reason, and even expressed a wish to see the royal visitors -a wish which it was not deemed proper to indulge. At length deafness was added to his other calamities, and his manner and appearance are described as pitiable in the extreme. On the 17th of November, 1818, the queen died; but the king never became acquainted with her death, or with the subsequent appointment of the Duke of York to the office of Custos of his person. At the latter end of 1819 his appetite began to fail, his weakness rapidly increased, and on the 29th of January, 1820, he breathed his last, in the 82nd year of his age, and the 60th of his reign. George III. was religious, temperate, and sincere; and, in all his tastes and amusements, plain and practical. He was particularly fond of music, and afforded encouragement to its professors. He granted a charter to the Royal Academy, knighted its first President, Reynolds, and patronized his successor. West, who, in the course of thirty years, painted sixty-four pictures for the king, and received for them £34,187. He also aided the cause of science by the encouragement he gave to Cook, Byron, and Wallis, the circumnavigators ; Herschel, and other eminent men. There is a ‘History of England during the Reign of George III.,’ by W. Massey, in 4 vols. 8vo., and a work entitled ‘The Court and Cabinets of George III.,’ edited by the Duke of Buckingham. The Constitutional History of England, since the Accession of George III.,’ by T. E. May, C.B., is in course of publication; ‘Memoirs of the Life and Reign of King George III.,’ by J. H. Jesse, appeared in 1866 ; and the ‘Correspondence of George III. with Lord North'(l769-82), from the Royal Library at Windsor, edited, with Notes and Introduction, by W. B. Donne, appeared early in 1867. 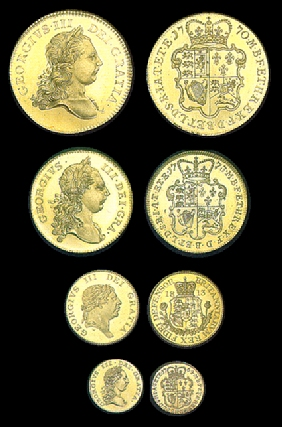 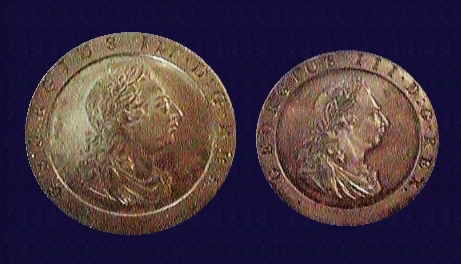 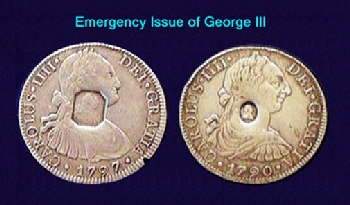 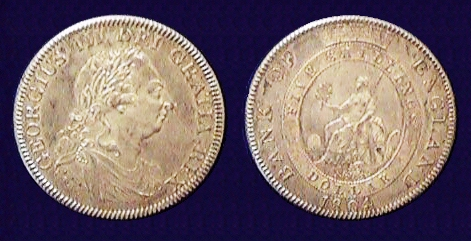