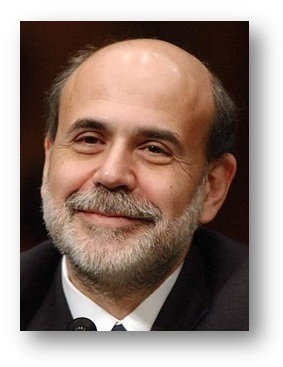 There is little doubt that the economy will not recover any time soon and QE3 proves that trend is in motion in addition to it being election time. The push to hunt down capital on a global scale is creating a massive decline in the VELOCITY of money. As money simply hoards, the United States is trying to drink itself sober at least until the elections are over. Ask any drunk – it does not work. Unemployment will continue to rise. We are in the middle of a major economic crisis and no amount of easing will reverse the course that we are on.

QE3 is certainly going to be a very unprecedented and controversial move. But we have to pick up the rug and look closely at what they are really doing. The Federal Reserve today in announcing the initiation of an open-ended round of Quantitative Easing (QE3), they have really embarked on a welfare package for the banks – not a stimulus for the economy. They have extended the period for which it will keep rates between 0 and 1/4% to mid-2015. Hello? Has anyone bothered to think out of the box? Japan has been doing this for almost 20 years. It has produced a 26 year Great Depression. As always, the government ONLY looks at one side – the bankers. Screw the people! What about the retired who count on using their savings to survive? You are reducing their income to virtually zero by their own fake numbers while in reality the cost of living rises year after year because taxation is excluded. Even Japan is doubling its retail sales tax and this is not supposed to be inflationary? The only people the Fed is stimulating once again are the bankers. That is ALL they know how to do. It is like fining you wife because you did not take out the trash. They never address the economy in a direct manner.

Here is the paragraph from the FOMC statement that explains this latest insanity:

The Fed has announced it will buy more of the toxic mortgage-backed securities (MBS) that set in motion the entire economic decline. The banks will be quick to sell this garbage to the Fed so now we are not even buying AAA US Treasuries. One can only guess that they finally figured out buying US Treasuries will not stimulate the domestic economy because foreign investors can sell it to them. What happens then? Guess what! No money is injected in the domestic economy for it all leaves and creates booms elsewhere. Unlike QE1 and QE2, no dollar amount or time-limit was placed on this program. Clearly, the Fed is trying desperately to help Obama because the Republicans have already made it known Bernanke will go. The Fed essentially announced it will be purchasing $40 billion in MBS per month until further notice.

This is a significant change from prior operations. There we had QE1 “cost” $1.7 trillion. QE2 was half a trillion (+/-), while the new plan QE3 has no scheduled end. It is an entirely different, animal and confirms what we have been warning about – the economy is being systematically destroyed by people who cannot even hold a light to the characters of the movie Dumb & Dumber. They have no understanding of what they are doing. If you really want to STIMULATE the economy, even John Maynard Keynes said you have to lower taxes! Hunting down Americans overseas by passing a law that any foreign entity who FAILS to report what an American is doing will have its assets confiscated in the USA is communistic. That is hardly the land of the free and home of the brave. If you are an American overseas, you are told to get out. They assume that ANY American with an account overseas is hiding cash from them. However, this means Americans can no longer engage in international business UNLESS they have foreign partners. This is having the same drastic effect as PROTECTIONISM of the 1930s. This time, Americans are being prevented from engaging in international business – not foreigners. This is entirely one-sided. That should really help job growth domestically. Even the Apple IPhone is made in China. Hence, this brain-dead idea is already having a profound reduction in real economic growth for the United States.

“If the outlook for the labor market does not improve substantially, the Committee will continue its purchases of agency mortgage-backed securities, undertake additional asset purchases, and employ its other policy tools as appropriate until such improvement is achieved in a context of price stability. In determining the size, pace, and composition of its asset purchases, the Committee will, as always, take appropriate account of the likely efficacy and costs of such purchases.”

Employment is still declining not only because taxes are rising making small business hesitant about hiring new people, but State & Municipal governments cannot print money. They are in a downward spiral that suggests there will be further layoffs from this sector as well. Consequently, employment remains weak and is expected to further decline despite the Fed’s desperate measures. In response, the Fed is opening the flood-gates even further and vowing to continue to do so until this failed brain-dead strategy starts working. Try eliminating income taxes instead of buying toxic debt from the bankers. Eliminate the payroll tax and watch unemployment shrink! You have to prove you are not a terrorist to get on a plane or even stay in a hotel today. However, don’t pay your taxes and they know who you are then. Do something for the people instead of always the bankers. They were able to create toxic debt, and every time they blow up, the Fed runs to bail them out. They are NOT the economy singlehandedly. This program will again fail. Until there is real reform, there is no hope in sight. We are just following the Japanese model and look where that got them. Expect more volatility next week.