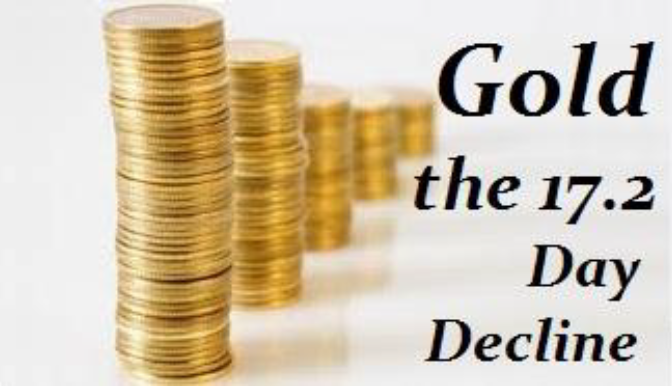 Sometimes I get such hate mail from gold bugs that you really have to wonder what is going on out there. It appears that some of these people are such fanatics that they loath anyone who dares to say there will ever be a correction regardless of the reason. GET A LIFE! All markets ebb and flow. If you want someone who only says buy go someplace else. What you do not realize is not only will you go broke turning a market into a religion, but you scare off real investors who are afraid of being tainted as a nut-job fanatic.

There were two back-to-back directional changes for February and March. The computer was dead right AGAIN. February went up, and March went down. Even the Panic Cycle hit on target. On top of that, the decline was a perfect double 8.6 frequency of 17.2 days. Perhaps those who like to try to take shots and say the 8.6 frequency is a bunch of bullshit, yet offer no empirical evidence to support their claim just opinion, when the Dow Jones Industrials fell for 17.2 months. Gold just fell for 17.2 days. 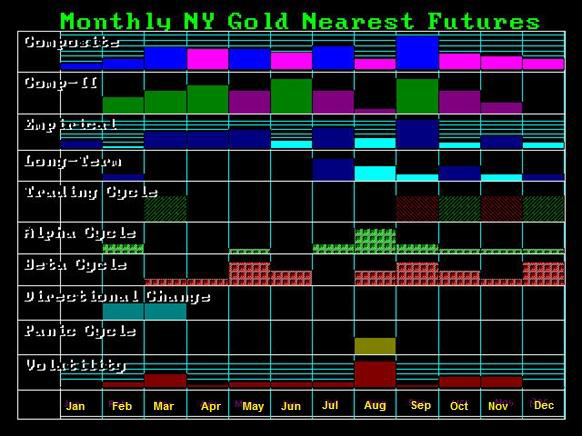 Obviously they can’t count that high when they only have 10 fingers and can’t figure out how to untie their shoes without forgetting how many fingers they counted.

The Weekly Bearish Reversal in Gold was 1638. The low for this move was 1632 and the close was 1666. So this given with the count implies a temporary low. A March closing above 1685 should signal a neutral closing and the next turning point will be May, 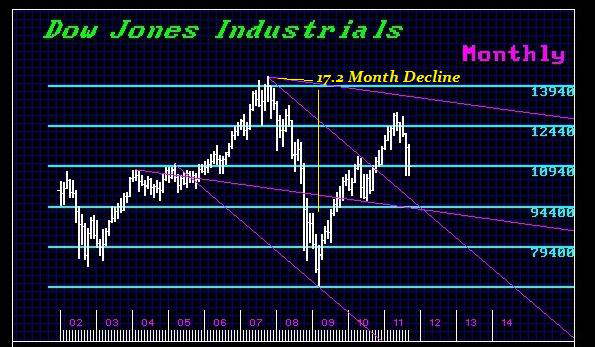 then June, and the big one September. Monthly closing resistance remains at 1755 and the primary resistance for the next 6 months is still 1807. The primary support lies at 1570 and 1480. Thus, as long as gold remains within 1807 to 1480, it is effectively neutral.

People have been asking what if all the gold supply is filled with Tungsten? Basically, the reply is so what? Gold is not backing anything and government has no possible way it will ever return to a gold standard that failed before anyway. You 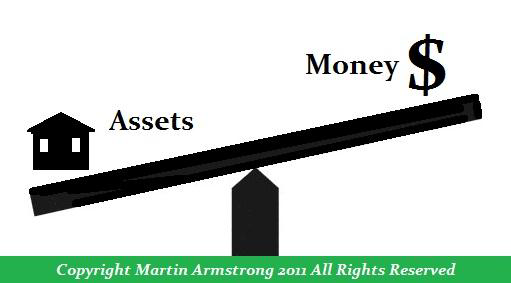 cannot FIX the price on money for it is simply a commodity. If money is a flat line, that is communism. In a free market, it does not matter what is money. It rises and falls against assets. Under a gold standard, the yellow metal DECLINES with inflation and rises with DEFLATION precisely opposite when it is a free floating market. So let’s get this straight. Gold rallied after 1934 because (1) Roosevelt confiscated gold, and (2) devalued the dollar raising gold from $20.67 to $35. Gold is a good investment NOT because of all the fiat nonsense, but because inflation has passed it by and there will be a huge burst of price movement. That will come when the Sovereign Debt Crisis hits the USA and that does not seem likely until 2015.75. So back off of all the nonsense and you just might find a broader base for gold be disassociating it with all the false religious fervor that gold should be money. Be careful what you wish for. They confiscate money.