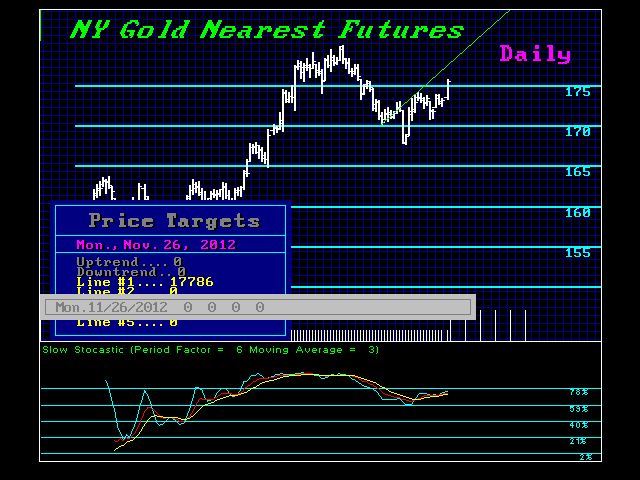 Gold rallied jumping up to the Daily Bullish Reversal at 1757.7 but closed at 1755.3. The Daily Breakout Line stands at 1779 for Monday. A closing above 1570.1 for yearend will make this the 13 year high on a closing basis. We still have to be careful about 2013, which is a major Directional Change around the world in so many markets. If we close ABOVE 1570.1 for 2012 and make new highs intraday in 2013, then we may see a rally into the net timing target after 13 years which will be 17.2 creating a high in 2016. This would then imply a 2 year decline into 2018 and 2019 appears to be a Panic Cycle. A yearend closing BELOW 1570.1 for 2012 will suggest we may complete the 2 year consolidation early next year before resuming to the upside in the 2nd half of the year.

There is a likelihood of a low in Japan as early as 2013. We could still see a Phase Transition in many share markets meaning a blast to new highs going into the major ECM target of 2015.75. The Sovereign Debt Crisis appears to be really manifesting on a major scale between 2015 and 2020.

To see any real upside near-term, we need a weekly closing above 17997. Until that takes place, we are still just churning back and forth. Most of the markets around the world are lining up with the ECM in August 7th, 2013. Therefore, expect some wild times next year. Capital is starting to shift from the PUBLIC to the PRIVATE sectors as Sovereign Debt begins to become a serious focus in Europe next year. 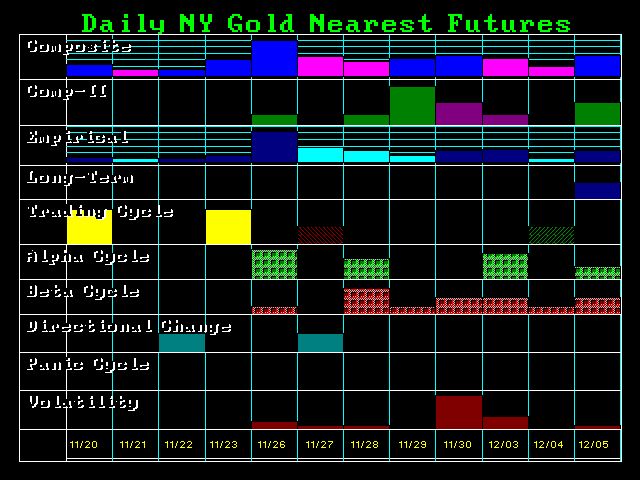 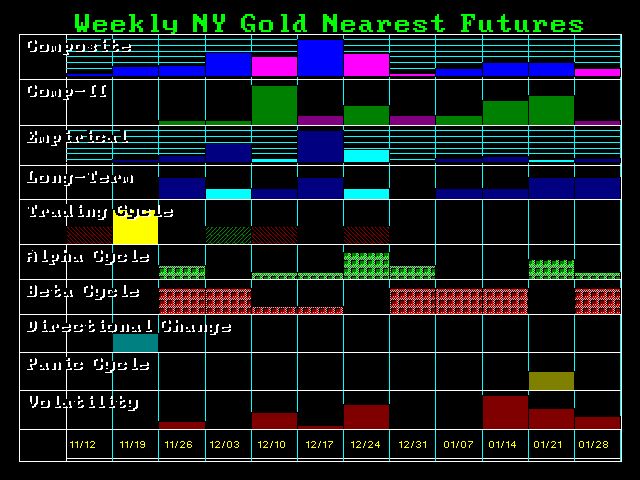