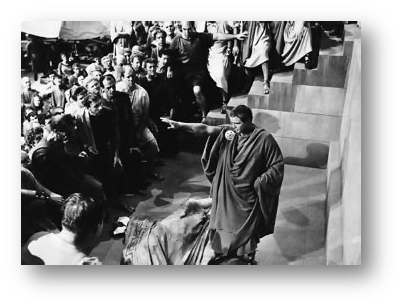 Friends – Citizens of the World – Countrymen – LEND ME YOUR EAR

It is a shame how corrupt the American Main Stream Press really is and how they refuse to tell the truth about how the government manipulates even the economic statistics. I have stated before, when we were first looking to open up offices outside the USA, I had lunch with a client who was the head of a major Swiss bank in Geneva. The names we were going to use would have been European. He asked me to name one foreign analyst. I was embarrassed since I could not. He told me then that the reason everyone used Princeton Economics was because European analysts were biased. If he was British it was God Save the Queen, as the French screamed Vive la France, and the Germany hailed the Fatherland. He said Americans were the only ones who did not care whether dollar rose or fell.

The American Main Stream Press has devolved into a corrupt nonsense of disinformation. They see telling the truth about government is somehow unpatriotic. So alas; we now have the same problem and it is widespread. The Wikipedia page on me is the most flipped page on the net. Someone puts on links to articles; they are quickly taken off and replaced with only the government’s side. When Sara Palin made her stupid remark that Paul Revere warned the British instead of the Americans and got the whole story wrong, the Wikipedia page on Paul Revere quickly changed to support what she had said. Even Wikipedia is by no means unbiased. Its cover the non-political stuff but when it too comes to exposing the truth on government or politics, it is becoming the Internet Version of Pravda.

We face tremendous chaos at the end of this year and I believe as we hit September,

people will start to look at what will happen and scream – OH SHIT! For you see, the corruption in Washington has already planned how to screw you and the world big time. The Bush Tax Cuts expire at the end of the year. Taxes on investment will rise from 15% to 40%. That should help to kill the economy pretty good. The committee that was bipartisan and was supposed to compromise to cut the spending was a joke. They carved out what would not be touched and that was it. It will be allowed to take effect in January on an automatic basis. For you see, everything was pushed off into the LAME DUCK Congress just after the elections. That will give cover for politicians to claim they had nothing to do with it but vote for them in 2016 and they will reverse it.

Obama will win and, quite honestly, the Republicans want him to. Why? They will blame him for the cuts and tax increases. There is very little difference between the left and the right. They agree on one thing – government should have supreme power. It may be for different initial reasons, one to get the rich and the other to create the pure blood American race with no additional foreigners. However, both supported the Patriot Act eliminating search warrants, the secret Utah Installation vacuuming up all emails and phone calls (Britain announced it will do the same), and both support suspending your passport if the government is investigating your finances without just cause. Then, the same bill seeks to activate the black box in your car that records everything. It will tell the government how fast you drove. This is coming in MAP21 under the pretense that it will now become a federal issue if you drive after having a drink. Everything about your driving speed, how long you parked and where is recorded. It is there right now in the computer chip. Now government wants to be able to use that for fines.

They need money desperately! The Lame Duck Congress will do anything and that includes re-electing Obama. Do you really think they want a Republican President to win right now? They are building the American version of the Berlin Wall under the pretense to keep Mexicans and terrorists out, who can still get in when they need to. They did succeed in reducing American tourism by more than $600 billion annually. However, the real purpose is to keep you and your money within reach of a government that is going broke rapidly. So don’t look for a discussion in the Main Stream Press. They have been paid to keep their mouth shut. I get my info direct from the bowels of Capitol Hill. We will have a shocking surprise to announce in the next 60 days.