Building the Foundation for the Next Great European Economic Disaster 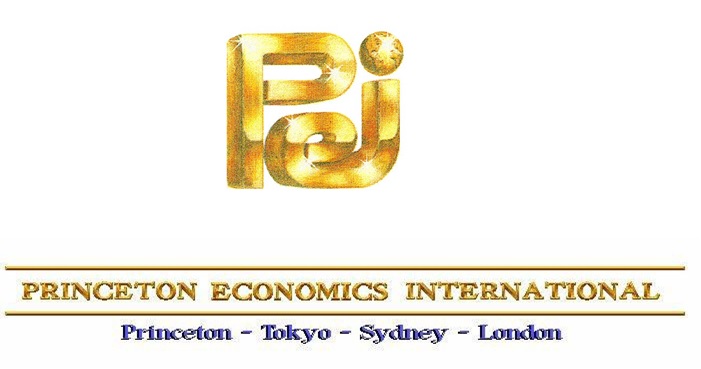 Building the Foundation for the Next Great European Economic Disaster

By: Martin A. Armstrong

There is a huge debate fermenting over the future of Europe. In Britain, this debate is also heating up as the infamous date of 1999 moves closer to our focus. Many argue that Europe must pull together to fight off the rising tide of trade around the globe. A united Europe is seen as the answer to keeping the Marxist foundation of socialism a live. To some observers this appears as a close parallel when Rome tried desperately to fend off the invasions of barbarians that also proved fruitless in the final historical analysis.The one sales pitch that has been used to sell this revived dream of a united Europe is none other than the currency. It has been pointed out that if one begins in London with say a 100 pounds, after traveling around Europe exchanging the currency in every port, when you return to London you will have only 60 pounds left after spending nothing.

While this argument appears to invoke much common sense about how inefficient currency transaction might be between nations, at the same time, it fails to deal with the reality behind creating a single currency. The proponents of a single currency for Europe often point to the success of the United States, albeit behind closed doors and far away from the public eye, as the justification behind a single currency. Many fund managers and multinational corporations also hail the move to a single currency as the future for Europe simply because they are finding it extremely difficult to cope with the rising volatility in foreign exchange.

It is of vital importance that we understand the benefits as well as the nasty side-effects of a single currency for Europe as a whole and in that context US and Canada do serve as an excellent model to explore for answers. Prior to 1927 the central banking system in the US was established in 1913 with 12 INDEPENDENT branches. Each branch maintained its own separate discount rate. This is very important to understand. It was not uncommon to find rates at 7% in California and 3% in New York.

This is far too often a point totally lost in history, but it is paramount in trying to define whether or not EMU will succeed or fail for Europe.

The central banking system known as the Federal Reserve emerged as a solution out of the disaster of the financial Panic of 1907. The Federal Reserve was formed in 1913 because the evidence revealed in the investigations by Congress discovered that even though a single currency had existed in the US since 1792, the regional capital flows within the US were often to blame for numerous financial panics 1907 being the primary Panic that drew the attention of government to this problem.

The differences on a regional basis within the US economy as a whole were the source of Panics due to cash flow problems on a nationwide scale. Even today, the differences between the local economies in Texas and New York are staggering. We call this the Texas/New York arbitrage. When Texas is booming, New York is in the depths of a recession and vice versa. The New York economy is more financial and business related today while Texas is more commodity oriented with farming and oil production. Therefore, when inflation is running high, we then find that Texas booms at the expense of New York.

This is the same regional capital flow problem is silently tearing Canada apart. When real estate was booming in 1987 in the Eastern regions of Canada, interest rates continued to rise in an attempt to stop the speculation. However, while there might have been a real estate boom in the East, the rising interest rates policies were driving farmers into bankruptcy in Alberta.

The Panic of 1907 followed on the heels of the Great San Francisco Earthquake. The claims were obviously on the West Coast but all the insurance companies were of the East Coast. As capital flowed from East to West, shortages in money supply emerged amoung New York banks that culminated in bank failures.

The regional cash flow problems were initially resolved between 1913 and 1927. However, a very significant development took place in 1927 that would forever alter the course of our economic destiny for the entire century.

By the mid-1920s, it was noticed that there were significant problems emerging on a cash flow basis internationally. In a power struggle within the US Federal Reserve, the New York branch managed to convince the government that the same system of regional cash flow management should be extended to the international level. The New York Fed won the battle against Chicago who warned that changing the focus would undermine the domestic policy objectives of the bank. In the end, the entire power of the Fed was shifted into a single nationwide system where one interest rates policy would be used thus abandoning the original mission of the Federal Reserve as the guardian of domestic cash flow problems.

1927 this marked the beginning of the very first G4 effort at influencing international cash flows. The discount rate in the US was usurped into a single rate. The first action was to lower US interest rates in an attempt to divert capital back to Europe. The manipulation backfired because it gave credence to rumor that there was a problem with the escalating debt in Europe. As the cash flows into the US intensified, the Fed moved into a state of panic. Capital poured into the US driving the stock market up dramatically – doubling between 1927 and 1929 despite the Fed raising interest rates from 3% to 6%.

The post-1927 economy has remained on the international regional focus rather than on the original intent of domestic regional capital flow management. This is where our modern problems of regional disparities emerged. The one-size-fits-all approach to interest rate policy is now increasing the tensions between regions within most nations. It is this very issue that is tearing apart Canada pitting one province against another.

The theory that creating a single currency for Europe will solve all the problems is by no means the answer. It will not solve the vast disparities between the economies of Europe but in fact will be a means of exporting deflationary policies at work in Germany to other nations such as Britain and Greece. What EMU must be about is more than a single currency. While a single currency will ease some risk problems for business associated with currency, it poses significant dangers that would breed resentment between member states by exporting German economic policy to the rest of Europe. This is the similar problem whereby the dollar is the reserve currency and this results in the United States exporting its inflationary policies to the rest of the world caused by the lack of fiscal restraint.

If EMU were to adopt a single currency, it must NOT, under any circumstances, lead to a single monetary policy that would impose a one- size-fits-all approach. The basic sovereignty over establishing local interest rates must reside with each state. Allowing this vital power to be usurped into a single rate will undermine the entire framework of Europe much in the same manner as is taking place in Canada or even the United States.

The individual nations of Europe have distinctly different economies as is the case among the 50 US states. When US autos lost market share to the Japanese and European cars, the economy of Michigan was devastated. When IBM was forced to restructure, Massachusetts was devastated. When oil prices fell sharply, million dollar homes in Texas fell to $100,000. Regional problems exist today as they did prior to 1913. If Europe follows-through with its one-size-fits-all plans for EMU, it very well may lead to the worst economic disaster in the economic history of Europe.