Is this the Next Great Depression? 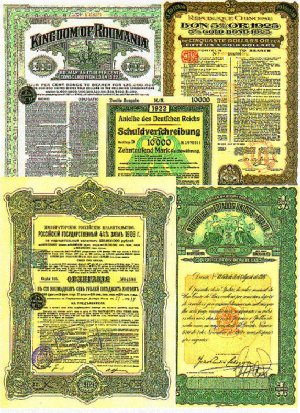 The collapse of Russia is having a profound impact upon the entire global financial markets from stocks, commodities and gold to currencies and bonds. Of all the great financial panics in history, this one looks like, sounds like and moves like none other than 1929 all over again. The similarities are not to be found in chart patterns, percentage movements or one-day greatest point declines in history. The similarities of what we are living through have more in common with the fundamentals behind the Great Depression than at any other point in time.

The truth behind the Great Depression is far from the greed of speculators that the socialists have characterized. Stocks DID NOT TRADE ON 10% MARGINS as Galbraith wrote in his book. ONLY new issues traded at such low margins. The NYSE big board was as it is today – 50% marginable. The OTC market, which the bank stocks traded in those days, was NOT marginable at all! The truth behind the damaging effects of the Great Depression were left out of the papers of socialists who wrote about that point in history in order to support their case for big government. ALL of Europe defaulted on its debt with the exception of Switzerland. Great Britain suspended payments on its debt for 6 months. Russia defaulted, China and Latin America. In total, nearly $90 billion in sovereign debt disappeared from the face of the financial world.

Another similarity is none other than the devastation taking place in the metals and commodities. While the goldbugs have been relishing in the demise of the Dow with a “I told you so attitude” they too have been hit with the XAU making new historic lows today under that of 1986 as well as gold closing on a new low for the past 20 years. In fact, commodities peaked in general during 1920 and began a 12-year bear market right into 1932 bottoming WITH stocks. No commodity, including silver, offered any hedge whatsoever against the Great Depression and the asset deflation that unfolded. The current collapse in the commodities ALONG with stocks on a side-by-side basis is a direct parallel with that of the events of the Great Depression.

The one striking difference today from that of the 1930s remains none other than the economy mix itself. During the Great Depression, 40% of the civil work force was employed within the commodity sector. Because commodities collapsed, jobs vanished causing unemployment to rise to 25% in the United States – hence the term Great Depression. Today, that same type of devastation is NOT taking place and is UNLIKELY to take place within the United States. The bulk of the economy in the US is a domestic oriented service economy. Services include everything from retail sales, lawyers, doctors, government, politicians and of course the financial industry. We have seen such a major depression taking place in Japan. However we also do NOT see unemployment in Japan anywhere close to 25% even after a 10-year decline. Therefore, we do NOT see any risk of a major depression that is identical to that of 1929.

Nonetheless, there is also no way that the low is in place for either commodities or the stock markets. Further declines are now likely with perhaps a 23% correction in the S&P 500 by the end of September in the US. The Nikkei is likely to drop to at least the 12,882 and a move below that area will raise the potential of a sharp decline still to 9,700 for 1999. Gold is at least a $50 decline in it perhaps even short-term while silver might yet collapse back to $4. Certainly, a penetration below $4.50 will then lead to the overall target of $2.75.

The greatest danger that we face is that the US government will fail to understand the seriousness of what is taking place globally. If this develops, we must be diligent in pointing out that the US should NOT attempt to put up trade sanctions in order to protect American jobs from the global deflationary atmosphere. That would have the same effect as Smoot-Halley during the Great Depression.

For now, foreign investors seeking US dollars and US yields should be quick to move. The likelihood that US interest rates will decline in the months ahead is now very high. Short-term rates next year might collapse to the 3-3.5% level. Initially, long-term rates will decline faster as capital pours into US government bonds. This will most likely create an inverted yield curve within the US until the Fed is forced to respond to the global trends. Thus far, the decline in the US share market basis the S&P 500 has been only 14%. This is not enough to make the Fed panic. However, a 23% drop by October could have an impact upon Fed policy.

Emerging markets are now collapsing everywhere. Even within the ERM, the fixed exchange rates are under attack, which brings into question the viability of the ECB (European Central Bank) come next year. Under the current system, the ECB will be forced by law to bailout and defend any member currency within the Euro at all costs much in the same manner as Hong Kong or the IMF have acted in recent times. Under the current global conditions, trying to create a single currency right now may prove to be the worst mistake ever made.

Russia’s impact upon gold and silver are clearly monumental. While inventories in Switzerland have jumped from 5 to 70 tons in part thanks to Russian sales, the collapse in Russian debt is also have a major impact upon the banks that have now recalled all gold on consignment or which has not been paid. Suddenly, credit to none major countries such as Turkey and India has been reduced or eliminated. All gold is being recalled back to the vaults where selling into the open market is now taking place. A collapse in metals prices at this time maybe unstoppable going into next week.

For now, the events that are unfolding are very serious. We are most likely going to face a second wave of credit problems from the Eastern European nations that depend upon Russia as their primary trading partner. The Russian fallout is spreading to Latin America where the credit markets have another $300 billion to worry about from the banking sectors. These problems are only magnified by the inability of Japan to deal with its problems while its ministers are trying to talk the yen up without fixing the problems that are causing its weakness. Hong Kong continues to intervene in both shares as share futures in a futile attempt to hold its currency. We now must be concerned that Hong Kong just does blow-up itself by taking huge losses due to its intervention like the IMF and other Asian nations. A blow-up in Honk Kong will undoubtedly cause a devaluation in China as well. And of course there is Canada. After raising its rates in a last ditch effort to support its currency, the C$ fell to new lows within a matter of hours. Canada again appears to be ready to commit suicide rather than cut taxes. In the end, not only is the world economy going nuts, we have far too many politicians who seem to be taking us down a road of sheer financial chaos