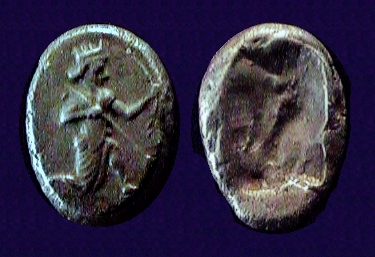 Darius II, otherwise known as “Ochus” at birth, was an illegitimate son of Xerxes. For this reason, the Greeks referred to him as Nothos, meaning “bastard.” At the time of his father’s death in 423 BC, Darius II was a satrap of the province of Hyrcania. His half-brother, Xerxes II, was king for a only a few weeks before he was murdered by another half-brother Sogdianus, who in turn also became king of Persia for a few months. At this time, Darius II decided to make his play for power. Darius II succeeded in murdering Sogdianus and as such cleared the way to the throne. It was at this time that he assumed the name Darius abandoning his birth name Ochus.

During the early period of his reign, Darius found himself checked by the growing power of Athens. Nevertheless, the bitter defeat at the hand of the Greeks left him always watchful toward his neighbor.

Greece, however, was still far from a unified nation. City states still remained rivals and many were jealous of the new found powers of Athens in the aftermath of their Persian victory. Even the currency of Athens, there tetradrachms, had emerged as perhaps the first recognized world currency. They were being imitated as far east as India and even the Persians were copying the Athenian Owls.

Nonetheless, the jealous Sparta was culturally very different from Athens. Here you did not find an appreciation of art, but instead – they apprecuated the art of war. Sparta and Syracuse of Sicily eventually joined together and Athens was defeated when attempting to take Syracuse itself in 413 BC. It was at this time that Darius II intervened and supported Sparta for the remaining years of the Peloponnesian War eager to repay Athens for the humiliation of his father.

In 407 BC, Darius II sent his youngest son Cyrus the Younger to command the combined Persian and Spartan forces in Asia Minor. However, Darius II died only three year later after a reign of nearly 20 years, leaving his eldest son, Artaxerxes II, as successor to the Persian throne.