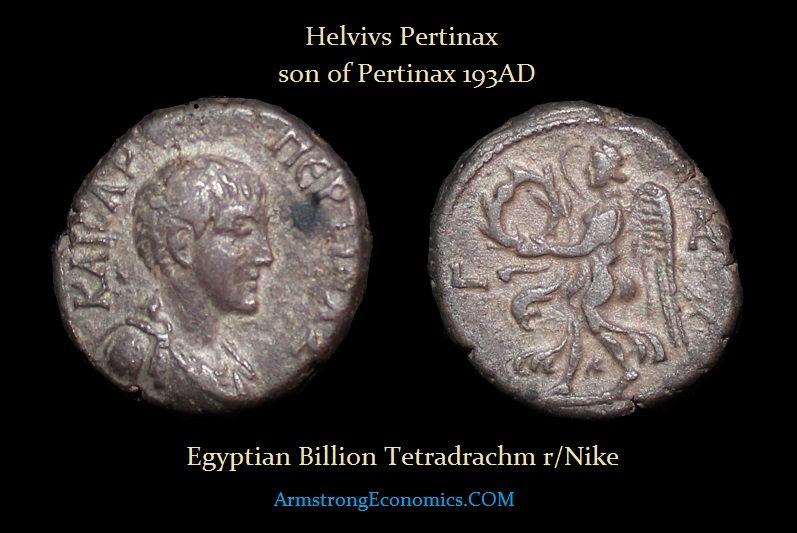 P. H. Pertinax, Junior was born the son of P. Helvius Pertinax and Flavia Titiana. At the time of his father’s rise to the throne, Helvius was also raised to the rank of Caesar. After a very short reign of only 86 days, his father was murdered on March 28th, 193 AD by a band of mutinous Praetorian Guards. Helvius managed to survive his father’s demise and was actually held in high esteem by the Emperor Septimius Severus, who placed him in charge of a sacerdotal college. However, Helvius’ fate was still doomed since he was counted among the supporters of the joint Emperor Geta during his brother Caracalla’s purge of Geta’s friends in the massacre of 212 AD. Helvius, along with nearly 20,000 other people, were murdered by Caracalla.