Libius Severus, an obscure individual of Lucanian origin, was proclaimed Emperor by Ricimer more than three months after the execution of Majorian. He was perfectly content to leave the government entirely in the hands of the barbarian general, unlike Majorian. Some of his tiny bronze coinage, nummi, even have Ricimer’s name in monogram form as the reverse type.

Libius Severus died in November 465 AD presumably of natural causes, but perhaps on the orders of his master. Whatever the case, his reign was merely four years. Edward Gibbon in his Decline and Fall of the Roman Empire wrote a most appropriate epitaph: “History has scarcely deigned to notice his birth, his elevation, his character, or his death.” 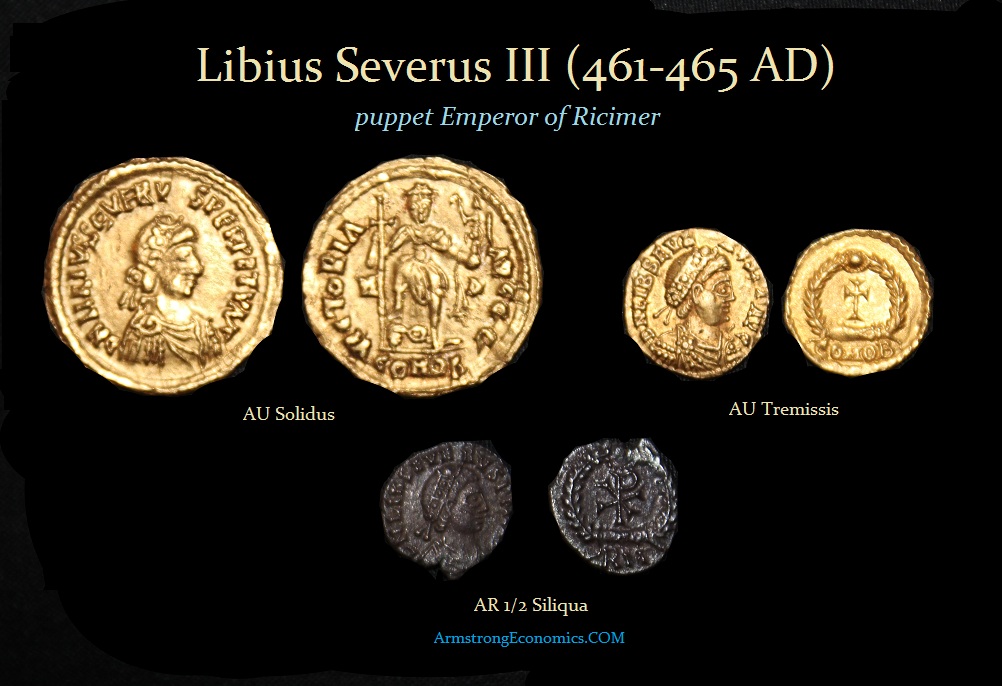 The coinage under this Emperor was issued in all three mediums – gold, silver and bronze. It is interesting to note that on one bronze issue, the reverse side bears the monogram of his master – Ricimer. 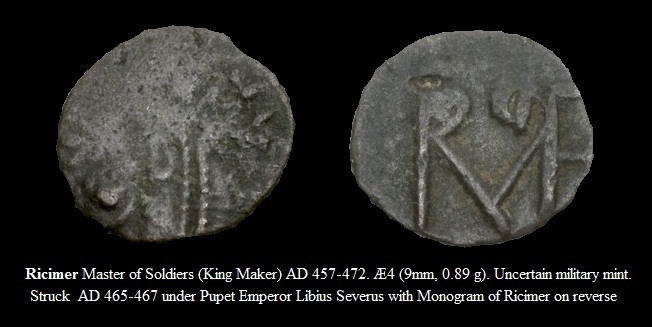