Son of Pompey the Great

Gnaeus Pompey was the eldest son of Pompey the Great, by his third wife, Mucia. Gnaeus was a loyal officer who fought along side his father. He joined his father and the corrupt Senate of Rome during the Civil War in opposition to Julius Caesar. In 48 BC, Gnaeus burned part of Caesar’s fleet and harassed the ships of Marc Antony during the Dyrrhachium campaign.

Following the defeat of his father at the battle of Pharsalus, Gnaeus fled to North Africa where he became one of the leaders of the Pompeian cause. In 46 BC, Gnaeus was dealt another crushing blow by his defeat at the battle of Thaosus. Becoming a master at escape, Gnaeus managed to flee the battle scene once again this time sailing off to the Balearic Islands, where he was joined up with his brother – Sextus. Both the remaining sons of Pompey the Great sought once again to raise yet another army this time in Spain. Caesar arrived in Soain during 45 BC and the conlusion was not much different from before. The resulting battle of Munda was hard fought but the victor once again was Julius Caesar. However, Gnaeus’ ability to escape came into play once again as he managed to flee the battle scene. Nonetheless, this time Gnaeus ran out of supporters and safe havens. Within a matter of a few weeks, Gnaeus Pompey Junior was hunted down, captured and beheaded. 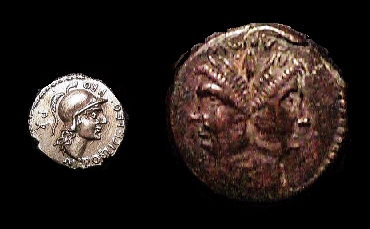