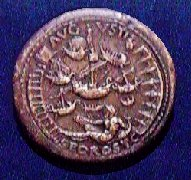 The above sesterius of Nero depicts an aerial view of the port of Ostia with eight ships inside the harbor. At the top is a pharos surmounted by a statue of Neptune, below is a reclining figure of Tiber holding a rudder in his right hand and a dolphin in his left.

Construction on the Port of Ostia was begun in 42 AD under Claudius, by sinking one of Caligula’s pleasure ships that was filled with cement. The building project was massive and was mentioned by many ancient authors. Construction was probably concluded during Nero’s reign, though the exact date is not certain. Located at the mouth of the Tiber river, Ostia became the primary port of Rome, but by the fourth century, the mouth of the river began to silt up and Ostia became a breeding ground for malaria, eventually becoming a ghost town. 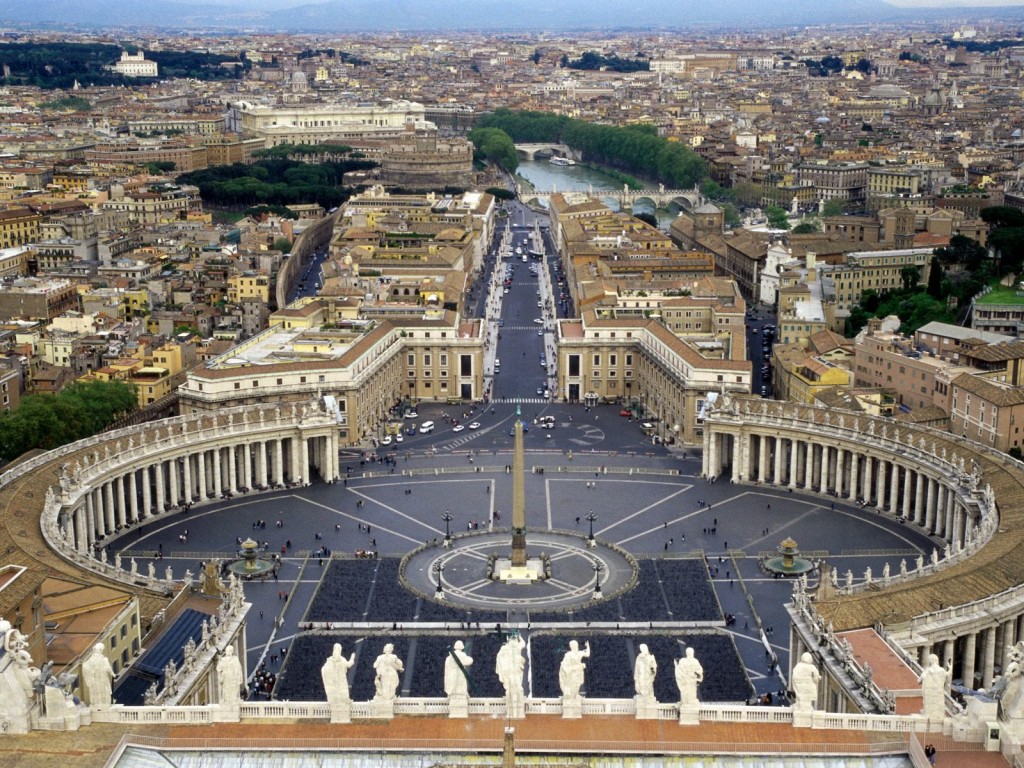 The circular design of the port eventually served as a model for Michelangelo in the construction of St Peter’s at the Vatican. The design thus symbolized the the vatican as the port or harbor of God.

The Ostia sesterius is considered by many to be one of the most attractive coins struck by the Roman empire. The Port of Ostia sestertius has thus long been a favorite of collectors. As evidenced by the large number of reverse dies used, this issue was probably very large. The Ostia type was struck at Rome in 64 AD and at Lugdunum in 65-67 AD.