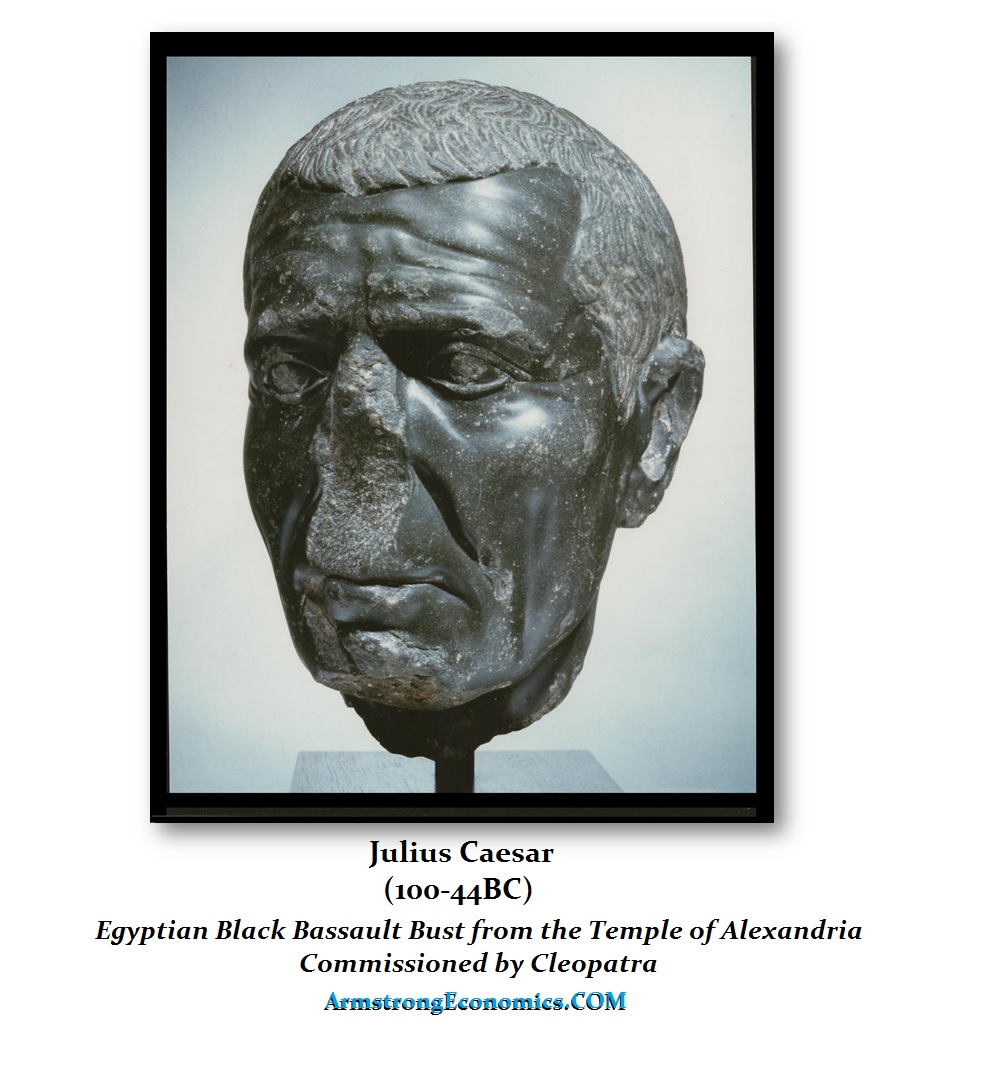 Black Busts of the Julio-Claudians

Cleopatra constructed an elaborate temple, or Caesareum, to Julius Caesar opposite the harbor of Alexandria. Inside stood an image of the deified Caesar. Following the defeat of Mark Antony and Cleopatra and the conquest of Egypt by Octavian, this temple of Caesar was dedicated to Augustus and became an Augusteum. While it is not entirely certain what other images of his family Augustus added at this time, it is reasonable to expect that he did add some members of the Julio-Claudian house. 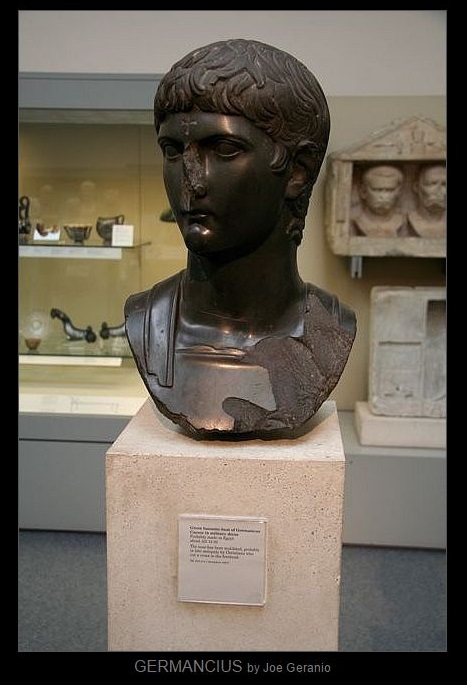 Undoubtedly, this temple was rededicated to Augustus and his portrait at least must have been added. Caesar’s portrait was carved out of a very hard black basalt stone unique to Egypt. The bust of Livia shown here is also carved from the same stone and quite possibly might have found its way to France with Napoleon’s help.

There are also known portraits that have survived in black basalt from Egypt. These are of Germanicus, Antonia, and her father Marc Antony. All of these busts which are extant today, share a common source in modern time – France. The bust of Germanicus also has its nose chopped off by Christians and a cross carved into the forehead wrongly believing these busts were of gods rather than simply famous people of the JUulio-Claudian family.

The bust of Julius Caesar was most likely the bust of Chateau of St. Cloud just outside Paris prior to 1870. During the Seige of Paris, the Chateau burned down. The St. Cloud bust was included among the possible ancient portraits of Julius Caesar in a monograph on Caesar’s portraits published in 1905 by F.J. Scott – The Scott Collection of Casts of the Busts of Julius Caesar (1905). Unfortunately, there are no actual photos of the piece, only engravings made for Visconti where this bust is strikingly similar. It is believed that the bust survived and eventually made it to the English side of the family and then it eventually crossed the Atlantic to an American heir.

It is known that Napoleon was fascinated with Ancient Egypt and removed numerous objects including obelisks for transportation back to Paris. Thus, the black basalt busts that have survived may indeed have once stood in the famous Temple of Alexandria not too far from the tomb of Alexander The Great, for whom the city is named.