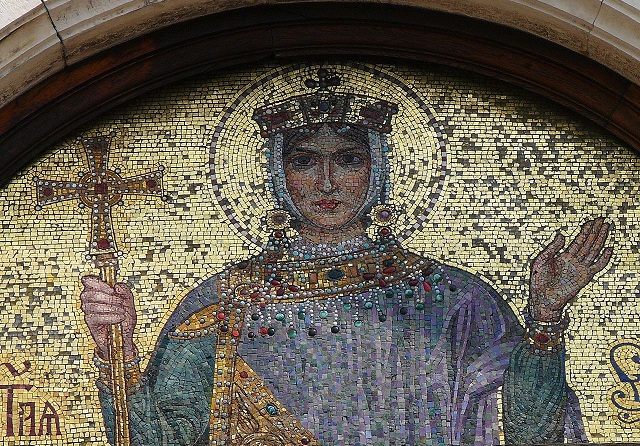 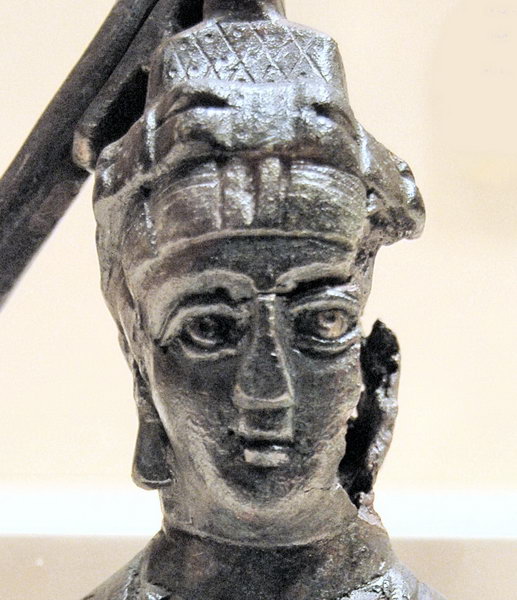 Aelia Eudocia was the baptismal name given to Athenias, daughter of the Athenian sophist Leontius and reputedly one of the most beautiful and brilliant women of the age. Eudocia had been picked by Pulcheria to become the wife of her brother Theodosius II whom she married in 421 AD. Her relationship with her sister-in-law ultimately was a stormy one.

There was a rumor that Eudocia was banished from the court around 443AD for adultery. Theodosius had suspected that she was having an affair with his long-time childhood friend and court advisor, Paulinus. According to one account, Theodosius had given Eudocia a very large Phrygian apple as a gift. One day Paulinus had shown the emperor the same apple, not knowing that the emperor had given it to Eudocia as a gift. Upon recognizing the apple, the Emperor confronted Eudocia who had sworn she had eaten it and he did not believe her assuming she had fallen in love with Paulinus. Theodosius had Paulinus executed and he dismissed Eudocia from the court banishing her so she retired to Jerusalem to a life of piety and church building. Eudocia died on October 20th, 460 AD. 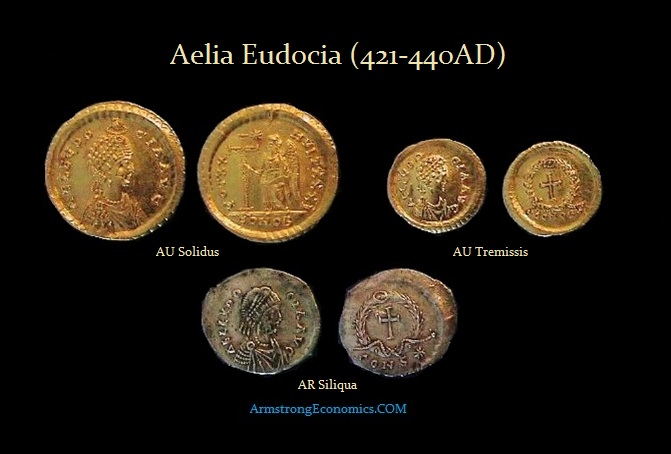