Titus Fulvius Junius Quietus was the younger brother of the usurper Macrianus and son of General Fulvius Macrianus. Quietus was left in charge of the Eastern provinces during the attempt of his father and brother to overthrow Gallienus following the death of his father, Valerian I. Quietus’ father and brother were defeated by Gallienus’ general Aureolus in Illyricum. Following their deaths, Quietus took refuge in the city of Emesa where he came under attack by Odenathus, king of Palmyra. Quietus was defeated by the Palmyran king, captured and executed while some accounts report that he was killed by the citizens of the city. 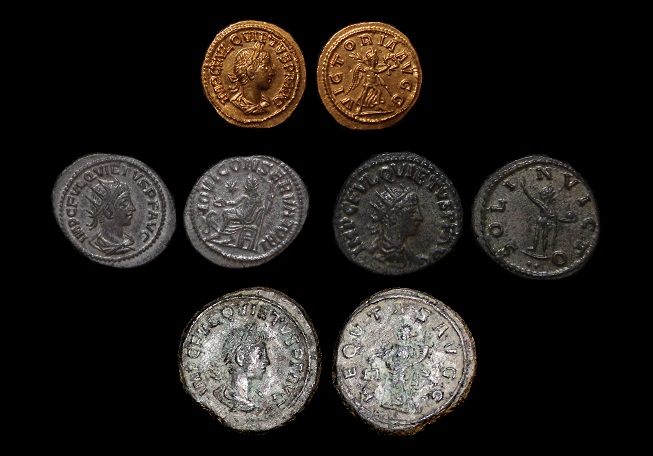 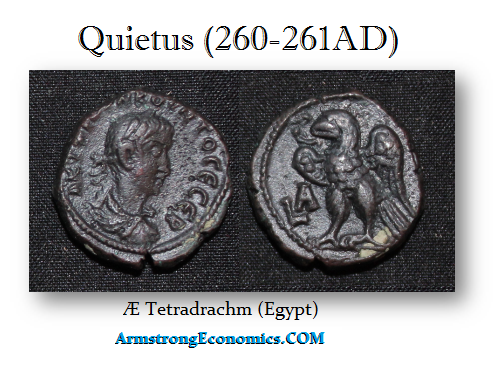