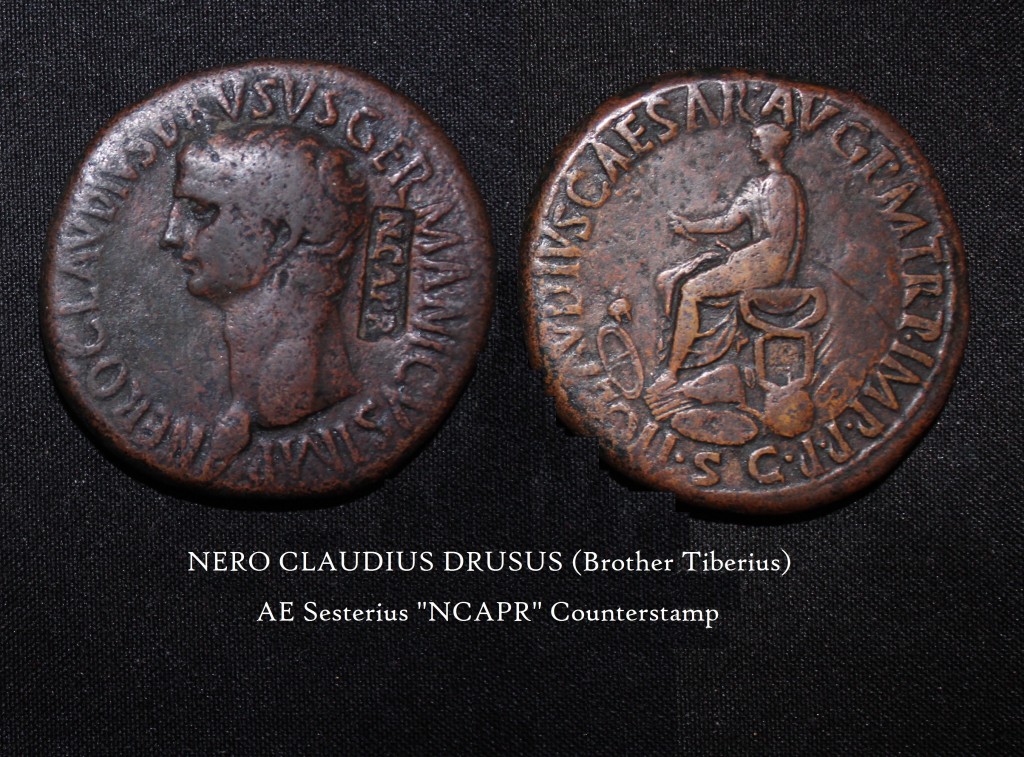 The countermark on Roman Imperial bronze coinage NCAPR is most likely “Nerva Caesar Augustus Probavit”. This hypothesis is supported by the existence of this countermark found on coinage issued originally under Vespasian. What happened to a bronze coin after it was issued depended the economics of the era and the region for to a great extent, the bronze coinage had only fiduciary or token value. Consequently, bronze coins facilitated small change during the Imperial Era and were unlikely to travel far from where they were minted. The marking “SC” reflects that their issue was by authority of the Senate rather than the Emperor. These smaller denominations served the everyday purposes of most people in common transactions of daily life. Coins of silver or gold, on the other hand, were more likely to have been used in international trade or for various payments to or by the state — to pay taxes or military expenses and are thus not commonly countermarked.

Bronze coinage was countermarked by the states that had issued them. A state might demonitize a bronze issue, usually to raise money by issuing new coins, or people holding old coins could get them countermarked for a fee. Countermarking was common in the first century A.D. when, owing to a shortage of bronze coins, even very worn coins as much as forty years old were countermarked with the initials or monogram of the emperor or issuing authority. In this way, the coinage was being approved for current use. 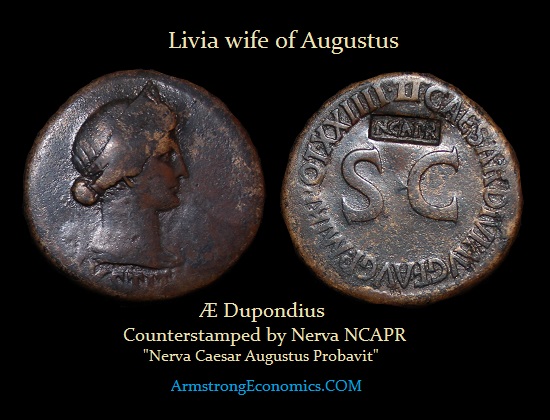