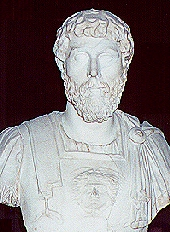 In 136 AD, Hadrian was in failing health and chose that moment to select his successor. Hadrian chose Lucius Ceionius Commodus and upon his adoption, his name was changed to Lucius Aelius Caesar. Aelius was the son of a powerful senatorial family who came to the attention of Hadrian. Aelius served as consul in 136 AD and was officially adopted by Hadrian as his heir in 137 AD. 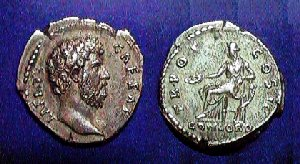 Aelius had also been appointed Governor of Pannonia. At the time of his adoption, Hadrian ordered the execution of his own brother-in-law Julius Ursus Servianus and his grandson to prevent them from making any future claims to the throne. He then arranged for Aelius’ daughter Fabia to be married to a young favorite of his named Marcus Aurelius when he was about 16 years old. Hadrian then spent a huge sum of money at the time of Aelius’ adoption, as an accession donative to the Praetorian Guard in order to insure their loyality and smooth transition of power. While the actual amount of the payment is not known, given the fact that Marcus Aurelius’ donative was 5,000 denarii, it would appear that Hadrian must have paid a amount somewhere between 3,000 and 5,000 denarii per man.

Unfortunately, Aelius died before Hadrian on January 1st, 138 AD of tuberculosis. Hadrian is said to have complained about paying such a large donative for nothing leaving him in a difficult position with respect to an heir. Hadrian was therefore forced to choose a new heir, Antoninus Pius, an elderly senator who had no son of his own. At the same time, Antoninus adopted Hadrian’s favorite Marcus Aurelius and the son of Aelius Caesar – Lucius Verus. Aelius was buried in Hadrian’s mausoleumknown today as the Castle Saint’ Angelo in Rome.

According to the early historian, Vero, the title of Caesar was first bestowed upon Aelius at the time of his adoption by Hadrian. However, the historian Aurelius Victor suggests that it was Hadrian who was first to receive the title of Caesar upon his own adoption by Trajan. The numismatic evidence is clear in that gold coinage showing Hadrian as Caesar with Trajan does exist thus suggesting that Hadrian was the most likely the first to receive this title. 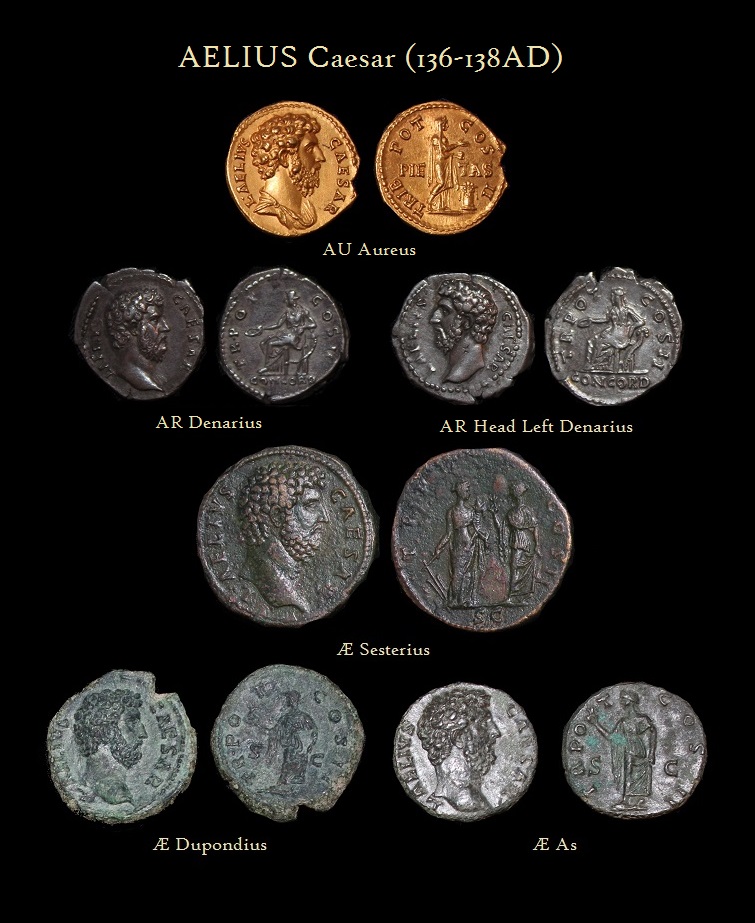