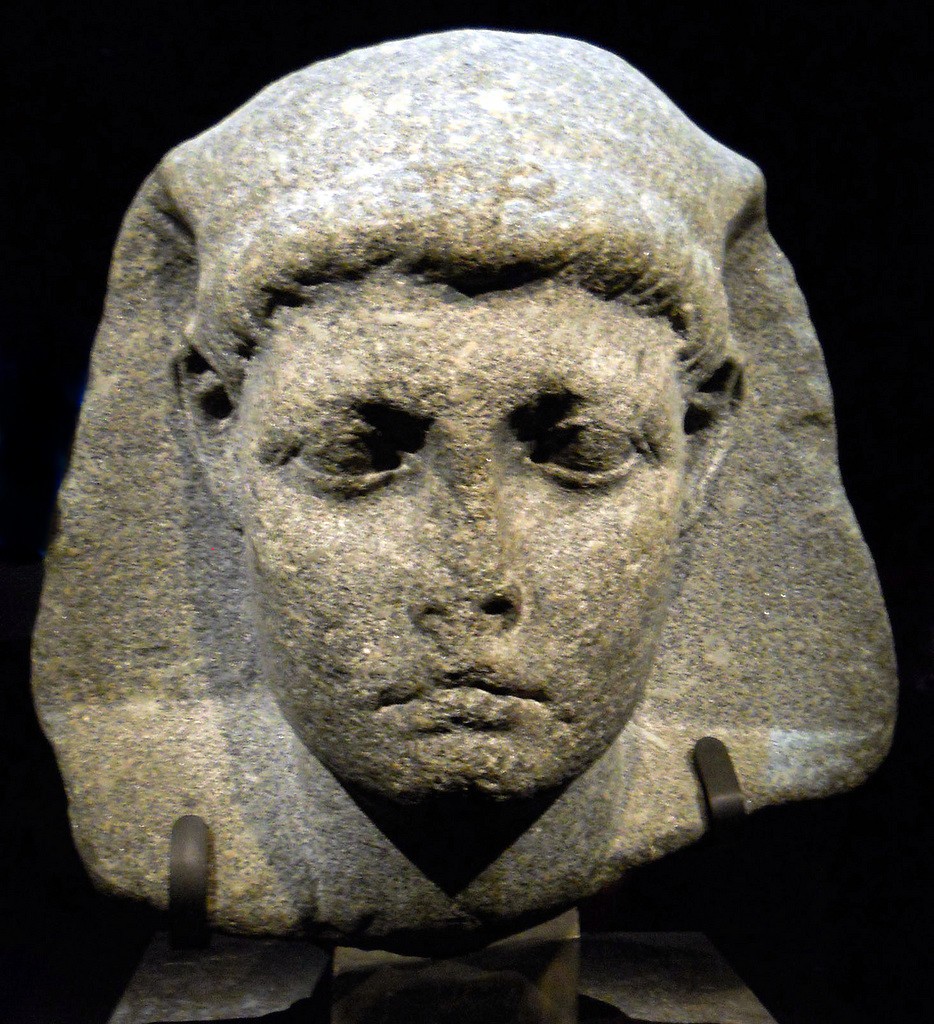 Ptolemy XV Philopator Philometor Caesar (June 23, 47 BC – August 23, 30 BC), is really known to history as Caesarion or the “little Caesar” who was the son of Cleopatra VII and Julius Caesar. He was the last king of the Ptolemaic dynasty of Egypt who was eventually killed by Octavian who did not want a son of Julius Caesar to compete with in the future. Caesarion was the only son of Julius Caesar, after whom he was named.

Caesarion was reported to have inherited Caesar’s looks and manner. Caesar’s supporter Gaius Oppius wrote a pamphlet which attempted to prove that Caesar could not have fathered Caesarion. Nevertheless, Caesar adopted as his son Octavian which became a conflict with Cleopatra who envisioned ruling Rome. Caesarion did spend two of his infant years, from 46 to 44 BC, in Rome, where he and his mother were Caesar’s guests. Cleopatra openly call her son Caesarion and there is no record that Caesar objected. 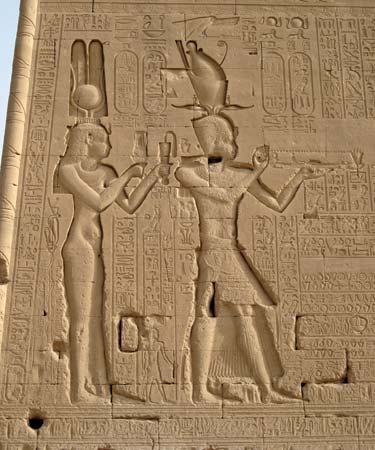 Following Caesar’s assassination on March 15th, 44 BC, Cleopatra and Caesarion fled back to Egypt. Caesarion was named co-ruler by his mother on September 2th, 44 BC at the age of just three. Cleopatra compared her relationship to her son with the Egyptian goddess Isis and her divine child Horus.

Cleopatra then turned to Mark Antony (Marcus Antonius) which ultimate led to the breakup of their relationship. Antony had been married to Octavian’s sister and he then divorced her in favor of Cleopatra.  Antony fathered two children with Cleopatra the 4 year old twins Alexander Helios and Cleopatra Selene II initially in 36 BC, and in 34 BC including the 2 year old Ptolemy Philadelphus.

In 34 BC, Caesarion was proclaimed to be a god, a son of [a] god, and “King of Kings”. This grandiose title was unprecedented for Romans who would not allow the title of “king” following the revolution of 509BC.  Antony also declared Caesarion to be Caesar’s true son and heir. This declaration was a direct threat to Octavian since he was named heir of Caesar.
After the defeat of Antony and Cleopatra at the Battle of Actium in 31 BC, Cleopatra seems to have groomed Caesarion to take over as sole ruler. She may have intended to go into exile. Caesarion therefore reappears in the historical record in 30 BC, when Octavian invaded Egypt and searched for him. Cleopatra probably sent Caesarion who was 17 years old by then to the Red Sea port of Berenice for safety. Plutarch does say that Caesarion was sent to India, but also that he was lured back by false promises of the kingdom of Egypt. 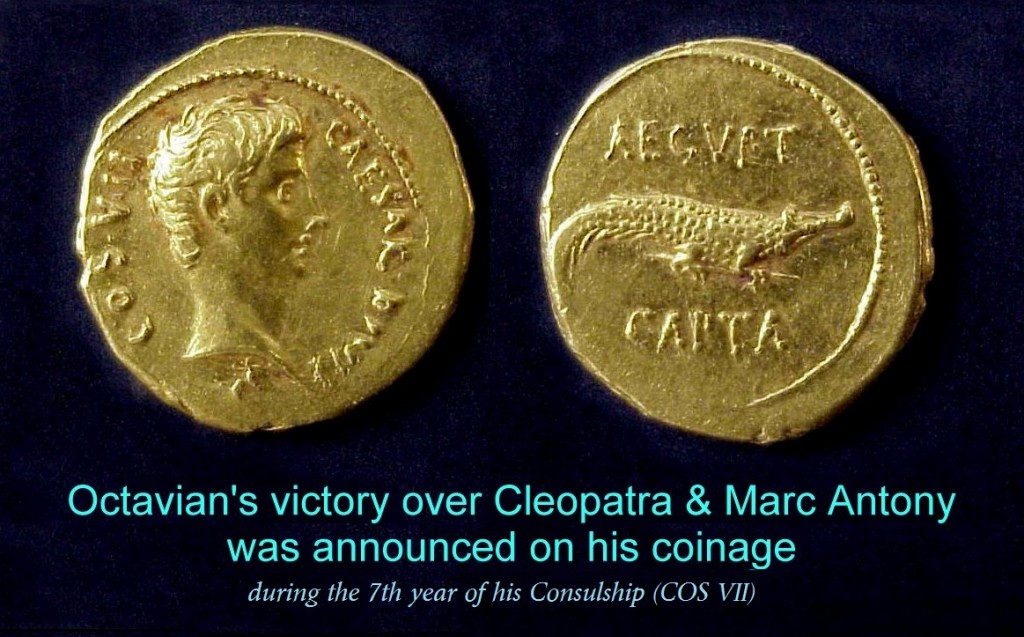 Octavian captured the city of Alexandria on August 1st, 30 BC, the date that marks the official annexation of Egypt to the Roman Republic. Mark Antony and Cleopatra are said to have died by suicide. Octavian is supposed to have had Caesarion executed in Alexandria, following the advice of Arius Didymus, who said “Too many Caesars is not good”. Octavian then assumed absolute control of Egypt. The year 30 BC was considered the first year of the new ruler’s reign according to the traditional chronological system of Egypt.

Note: The coinage of Ptolemy XV Caesarion  displays the image of Cleopatra VII