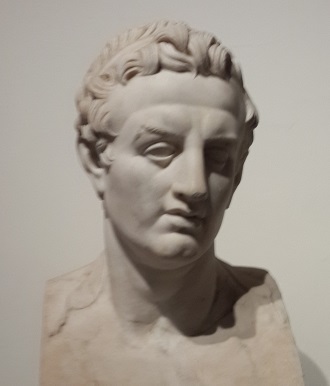 Ptolemy III Euergeter I was the third ruler of the Ptolemaic Dynasty. He was the son ofPtolemy II Philadelphus and Arsinoe II (his first wife) and was married to Berenike II, his sister.

Ptolemy III’s elder sister was given in marraige to Antiochos II of the Seleukid Empire (Syria). Upon her murder, Ptolemy III began a series was wars during the early part of his reign to avenge his sister’s death. It was during the Third Syrian War of Ptolemy III, he discovered the main port in the Axumite kingdom, which was very important to the trade of ivory. While Ptolemy III was absent from Egypt, his wife Berenike II ruled Egypt. After trouble in Egypt broke out, Ptolemy was forced to abandon his attempt to take the Seleukids and return to Egypt. He died in 222 BC. 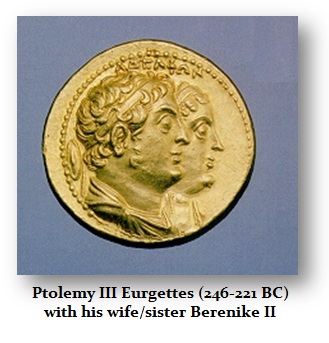 Postumous Coinage of Ptolemy I