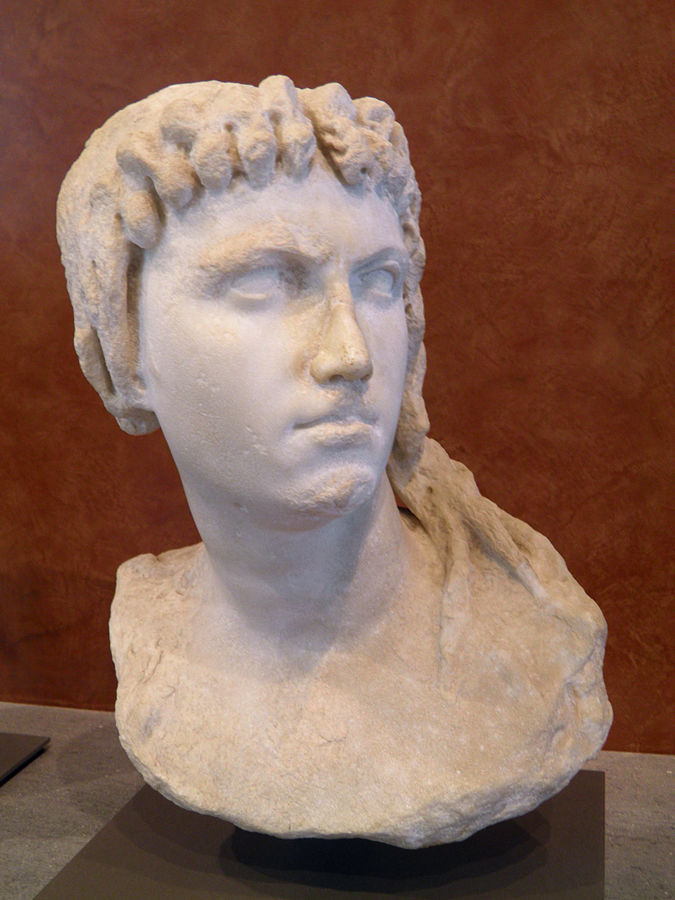 (Possibly her bust as Isis)

Cleopatra I was the daughter of Antiochus III, ruler of Syria. Cleopatra I about 10 years old when she was married to Ptolemy V who was about 16 at the time. During 197 BC, Antiochus III had been engaged in war with Egypt, who was supported by Rome at the time. Antiochus III managed to capture several cities in Asia Minor that had been previously under the control of the Ptolemaic kingdom of Egypt. As part of a peace deal with Ptolemy V, Antiochus III offered his daughter Cleopatra I marry Ptolemy V. They were betrothed in 195 BC and their marriage took place in 193 BC in Raphia. Nevertheless, Egypt’s position was that Cleopatra I had received Coele-Syria as her dowry and hence that territory once again belonged to Egypt. Despite this argument, Coele-Syria remained a Seleucid possession after the Battle of Panium in 198 BC.
In Egypt, Cleopatra I was called the Syrian, yet was honored with her husband as Theoi Epiphaneis. In line with ancient Egyptian tradition, she was also named adelphe (= sister) of Ptolemy V since prior relationship had been incestual. As recorded on the Rosetta stone, all honors were given to Cleopatra I in 185BC. In 187 BC, Cleopatra I was appointed vizier. Then in 180BC upon her husband’s death, Cleopatra I ruled the Egyptian Empire on behalf of her young son, Ptolemy VI. She was the first Ptolemaic queen to be a sole ruler of Egypt.

Cleopatra I minted her own coins, which also bear her name before that of her son. Before Ptolemy V died, he had planned an invasion of the Seleucid kingdom. However, when Cleopatra I became sole ruler, she instantly ended all war preparations directed against her brother who was then the ruler of Syria, Seleucus IV Philopator. Cleopatra I died around 176 BC.