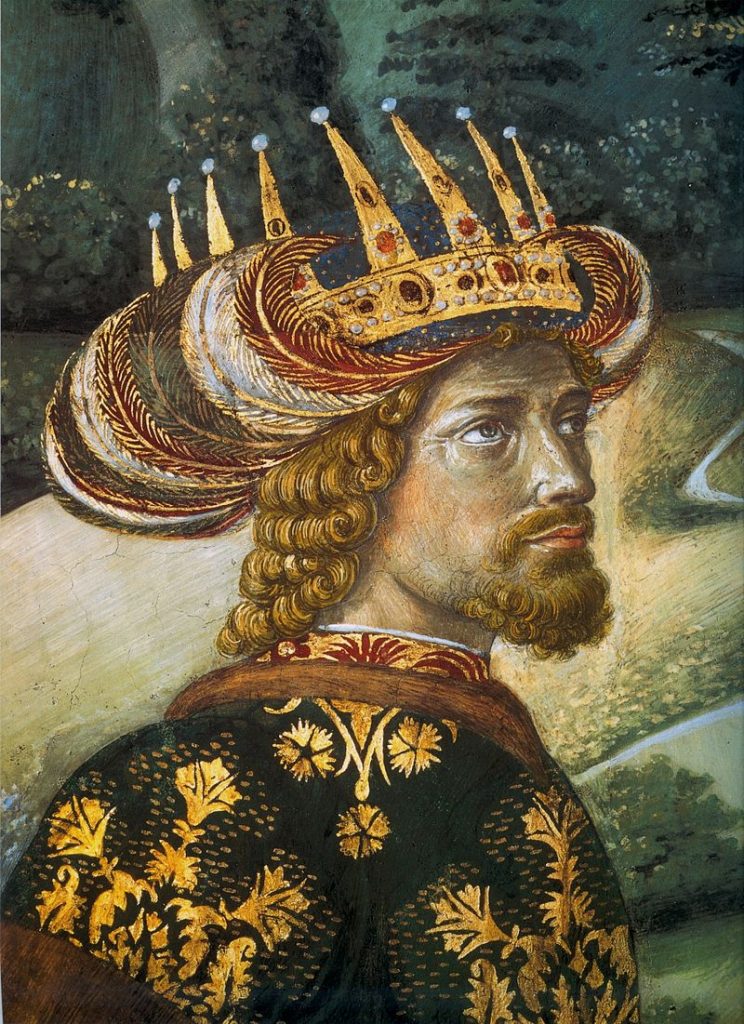 John VIII Palaeologus (1423-1448AD) was the eldest son of Manuel II Palaiologos and Helena Dragaš, the daughter of the Serbian prince Constantine Dragaš, who he succeeded as Emperor. In reality, the Byzantine Empire amounted to just the city of Constantinople by this point in history. He was associated as co-emperor with his father before 1416 and became sole emperor upon his father’s death. Like his father and grandfather, he traveled to the West seeking aid for the shadow of the empire that once was the citadel of Western power and culture.

John VIII was married three times, but his first marriage took place in 1414 to Anna of Moscow, daughter of Grand Prince Basil I of Moscow (1389–1425) and Sophia of Lithuania. She died in August 1417 of plague. This was a political marriage in hopes of securing support for the greatly reduced Byzantine Empire. His second marriage was again a political arrangement. This time it was organized by his father Manuel II and Pope Martin V to Sophia of Montferrat in 1421. She was a daughter of Theodore II, Marquess of Montferrat. This was an attempt to create a bond with the West. His third marriage was arranged by the future cardinal, Bessarion, to Maria of Trebizond in 1427. She was a daughter of Alexius IV of Trebizond and Theodora Kantakouzene. She died in the winter of 1439, also from the plague. None of these marriages produced any children. Consequently, John VIII named his brother Constantine XI, who had served as regent in Constantinople during 1437–1439, as his successor.

In June 1422, John VIII supervised the defense of Constantinople during a siege by Murad II. The city was defended but had to then accept the loss of Thessalonica, which his brother Andronicus had given to Venice in 1423. To secure protection against the Ottomans, he traveled to Rome to visit Pope Eugene IV and consented to the union of the Greek and Roman churches. The Union was ratified at the Council of Florence in 1439, which John attended personally with 700 followers including Patriarch Joseph II of Constantinople. The Union failed due to the opposition in Constantinople where the Byzantines simply refused out of pride to be subservient to Rome.