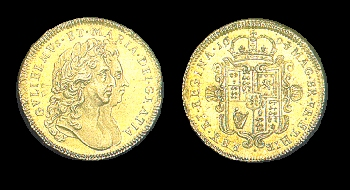 Mary II was the wife of William III, and the daughter ofKing James II by his queen, Anne Hyde, daughter of the Earl of Clarendon. Mary was born in 1662. At the age of 15 she was married to William, Prince of Orange, whom she followed to England in 1689. The same year parliament having declared the crown vacant by the abdication of James, conferred it upon William and Mary. She died of the small-pox, December 28th,1694, aged 32.