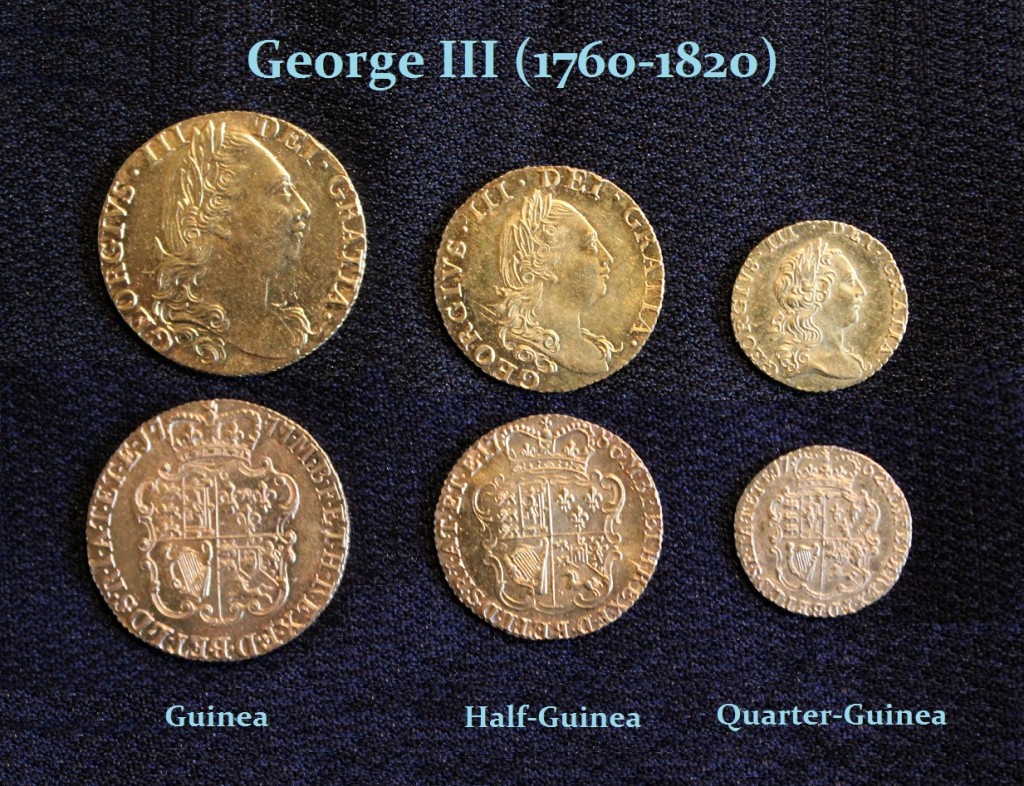 In 1797, after a failed French invasion in Wales had caused a financial panic, the British government suspended the metallic convertibility of the banknotes of the Bank of England. The decision taken by the Prime Minister, William Pitt the younger, caused the longest suspension of the gold standard in the UK until its demise in the twentieth century. The resumption of official convertibility took place only in 1821, six years after the end of the Napoleonic wars. 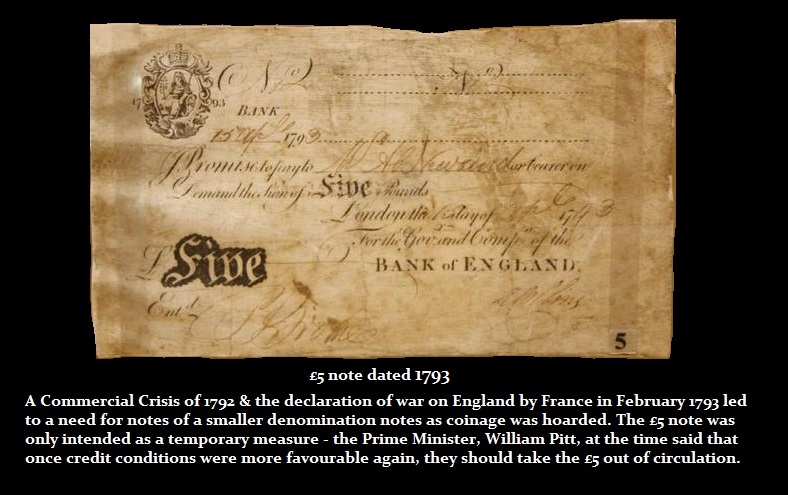 In 1797, British gold and silver coins disappeared from circulation, hoarded out of fear. They were rapidly replaced by new 1 and 2 pound notes issued by the Bank of England. Under the principle of free banking, other private banks had the right to issue notes as well, provided they were backed by adequate reserves of gold.

The Royal Mint was formally in charge of the gold, silver and bronze coinage, but it was not able to provide sufficient means of payments in such extraordinary circumstances. It had already proved inadequate in ordinary times: since 1787, private entrepreneurs had started to issue their own bronze coinage in the UK, without regal symbols. Private monetary issue responded to the growing demand of cash to pay for wages, in the new circumstances of rapid industrial expansion. 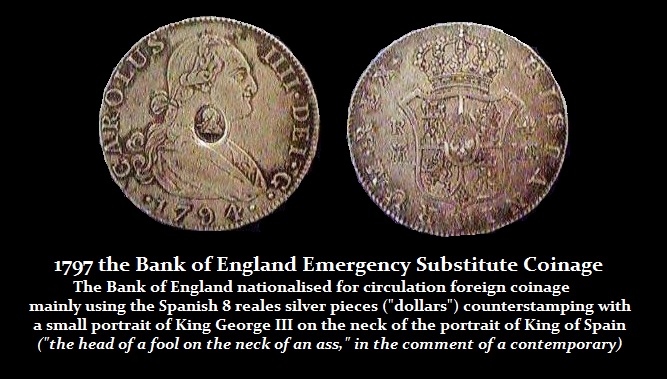 In 1797, the Bank of England began to act as a substitute, given the inertia of the Royal Mint, and issued a form of subsidiary money. Since banknotes were not sufficient for the conduct of smaller businesses, the Bank started distributing foreign silver coins (mainly Spanish), that it had accumulated in reserve. To “nationalise” their circulation, the Spanish 8 reales silver pieces, also called “dollars”, were counterstamped with a small portrait of King George III on the neck of the portrait of King of Spain (“the head of a fool on the neck of an ass,” in the comment of a contemporary). Initially it was the Royal Mint which added the counterstamp. 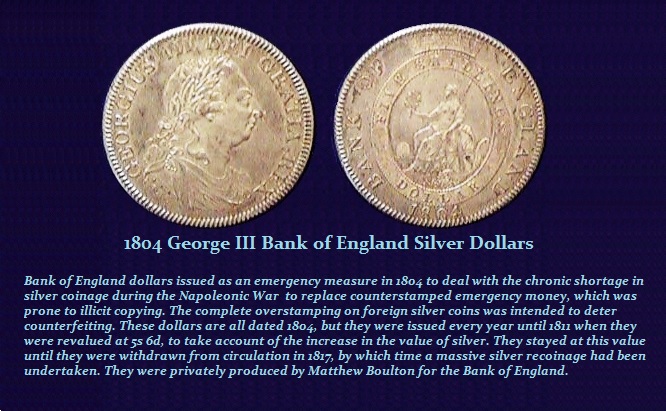 By 1804, however, the private entrepreneur Matthew Boulton had convinced the Bank of England of his machinery’s superiority, and therefore that he could provide a currency much harder to forge than the simple countermark of the Royal Mint. Boulton produced “dollars” of 5 shillings, flattening Spanish 8 reales coins and reminting them on behalf of the Bank, taking over temporarily what was normally a Royal prerogative attributed exclusively to the Royal Mint. 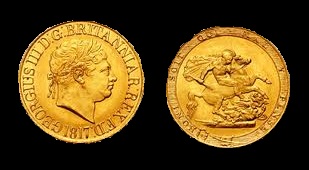 It was only after Waterloo that the situation returned to normality, and the gold standard was restored in 1821. The Italian engraver Pistrucci prepared the new portrait of King George III and the image of St George slaying the dragon. This latter image became a classic of great beauty and is still used today for golden sovereign coins after almost two hundred years. Stimulated by private competition, the Royal Mint had reformed, modernised and was then able to provide a high quality coinage in adequate quantities.