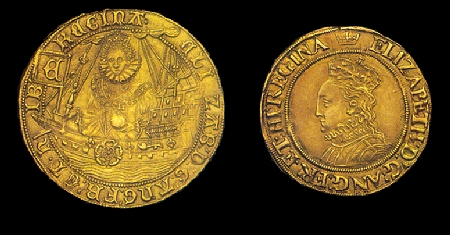 Elizabeth was the daughter of Henry VIII., by his queen,Anne Boleyn, and was born at Greenwich, September 7, 1533. When three years of age she lost her mother, who was beheaded, and was herself immediately bastardized by Act of Parliament. By a later Act, however, the succession to the throne was conditionally secured to her. Elizabeth was carefully educated, attaining, under the direction of Roger Ascham, considerable proficiency in Latin, French, and Italian, and some knowledge of Greek. She was brought up in the Protestant faith. Marriage projects were early set on foot for her, and she entertained with more or less of sincerity numerous successive suitors; but she never married. She accompanied her sister Mary to London on her accession to the throne; but in the following year, immediately after the suppression of Wyatt’s insurrection, she was arrested and sent to the Tower. She was kept in more or less close confinement during Mary’s reign; and was removed from the Tower to Woodstock, and thence to Hatfield House.

At the age of 25 she succeeded Mary, and was received in London with immense joy, the bishops meeting her at Highgate, and the people in crowds escorting her through the city. The re-establishment of the Protestant faith and worship; conflicts in various forms with the adherents of the Romish system, who were also the enemies of Elizabeth as a Protestant sovereign; conflicts on the other hand with the Puritan party, ever growing stronger; these were the staple of home transactions during this reign. Foreign affairs also were almost entirely acts of the same drama, the great struggle between the two religions. Pope Paul IV. refused to acknowledge Elizabeth’s title; Pius V and Sixtus V published bulls of excommunication against her, and absolved her subjects from their allegiance; the king of France supported the claim of Mary, Queen of Scots, to the crown of England, and Elizabeth assisted the Protestants in Scotland, in France, and the Netherlands; and above all, the struggle took outward shape and formidable dimensions in the threatened Spanish invasion and the ‘Invincible Armada.’ Elizabeth on her accession retained the principal advisers of her sister Mary, but added several eminent men to their number; among whom were Cecil, Lord Burleigh, who remained her first minister till his death, Sir Nicholas Bacon, and at a later period Sir Francis Walsingham.

The imprisonment and execution of Mary, Queen of Scots,has been a fruitful occasion of reproach against Queen Elizabeth; yet none can doubt that Mary sanctioned and took part in the plots and schemes which had for their object the dethroning of Elizabeth, and the elevation of Mary in her stead. The personal character of Elizabeth has naturally been depicted in very different colours by Romanists and Protestants; exaggeration made on both sides, and the truth probably lying between the two extremes. Recent inquiries have resulted in a less favourable view than has been usual in England. Vanity in excess, selfishness, unwomanly hardness, vacillation of temper, love of expense and display, indulgence in bursts of passion, indelicate speech and manners, and fondness for worthless favourites (especially the Earls of Leicester and Essex), are too obvious features of her character. Energy, and good sense, and a certain courage she had too; for though the prosperity and progress that marked her reign must be attributed to the wisdom and measures of her ministers, these ministers were her choice and had her support.

Her reign was one of the greatest periods in our literary history; the age of Shakespeare and Spencer, of Bacon and Raleigh and Hooker. It was an age too of great enterprises and discoveries; of Drake, Frobisher, and other maritime heroes. Elizabeth died at Richmond, March 24, 1603; her health and spirits having never recovered the shock they received by the execution of Essex, two years previously. She was buried in Henry VII’s chapel at Westminster. A fine portrait of Queen Elizabeth, closely resembling that by Mark Garrard at Hampton Court, was presented in 1866 to the National Portrait Gallery, by the ‘Mines Royal and Mineral Works Societies.’ In the same collection is a miniature of the Queen, by Hilliard. 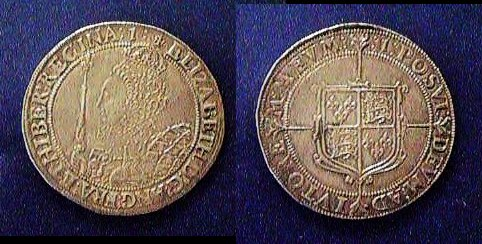 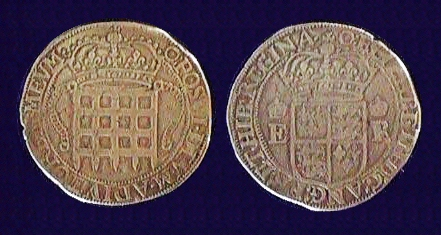