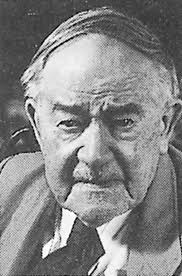 Alfred Weber was a German economist. He gained his Ph.D from the University of Berlin, taught economics there and at Prague and Heidelberg. Weher’s most important economic work was Theory of the Location of Industries (1909). In this book, Weher emphasised the role of production costs, especially those of transportation, in determining where firms are located. During the Nazi regime, Weber’s works were distinguished by being forbidden to German readers.