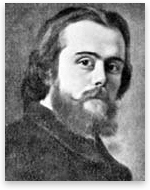 Marie Esprit Leon Walras was a French economist, originally trained as an engineer, and was in turn a journalist, novelist, railway clerk and bank manager Turning to the academic life, he became Professor of Economics at Lausanor in 1870, which post he held until his retirement. His writings include Elements d’economie politique pure (1874-7), Etudes d’economie sociole (1896), and Etudes d’economie politique appliquee (1900). Walras shares the distinction of having initiated the ‘Marginalist Revolution’ with Menger and Jevons. In Elements, Walras proposed that relative prices of commodities were determined by the commodities’relative marginal utilities.’ He also devised a mathematical model designed to