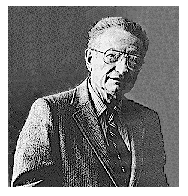 Paul Anthony Samuelson is an American economist, won the Nobel Prize for Economics in 1970. He is best known for his textbook Economics: An Introductory Analysis, first published in 1955. Samuelson has been a Professor of Economics at the Massachusetts Institute of Technology since 1947. The distinguishing feature of his work is his ability to draw together the diverse strands of economic theory to form a cohesive structure, a task to which Samuelson often applies mathematical principles. Samuelson has also made significant contributions to economic analysis by developing the concept of revealed preference, the factor price equalization theorem, and the accelerator-multiplier model. Samuelson’s works include Foundations of Economic Analysis (1947), Readings in Economics (1955) and Linear Programming and Economic Analysis (1958).