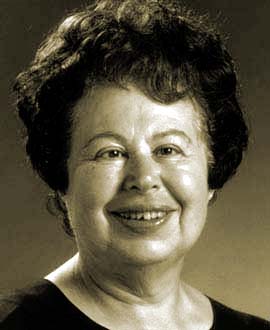 Irma Adelman was a Romanian by birth, Professor Adelman was educated in the US, gaining a Ph.D. in economics in 1955. She lectured both at Stanford and the University of Maryland before publishing her empirical work, ‘Theories of economical growth and development.’ In this, she emphasizes that under-development needs to be explained in terms of many inter-related factors rather than isolating one single cause. She also suggests that, in the early stages of development, the majority of the population tends to become poorer as the economy grows. She argues too, that there is a trade-off between growth in gross national product and depauperization, and that depauperizatian should take priority.