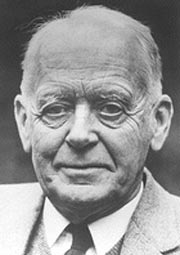 Sir John Richard Hicks was an British economist, educated at Balliol, Oxford. He taught at the University of Manchester, the London School of Economics, and at Oxford. His most important book is Value and Capital (1939), in which he investigated the general equilibrium proceeding from the subjective theory of value. Other important works are The Theory of Wages (1932),A Contribution to the Theory of the Trade Cycle (1950), A Remission of Demand Theory (1956). In 1972 Sir John shared the Nobel Prize for Economics with the American Kenneth Arrow for their pioneering contributions to general economic equilibrium theory