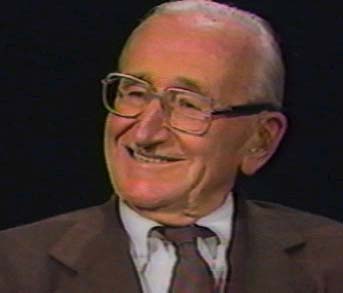 Friedrich August von Hayek was an Austrian economist. Came to Britain in 1931, teaching at the London School of Economics until 1950. Moved to the University of Chicago, becoming Professor of Social and Moral Science. Currently Professor Emeritus at the University of Freiburg in Germany. In 1974, he won the Nobel Prize for Economics. His most important work is The Road to Serfdom (1944) in which he argues that the trend towards economic planning and strong central government could lead to a curtailment of liberty. Other important writings are Monetary Theory and the Trade Cycle (1929), Prices and Production (1931), Profits, Interest, Investment (1939), The Pure Theory of Capital (1941), Individualism and Economic Order (1948), The Constitution of Liberty (1961), and Studies in Philosophy, Politics and Economics (1967). Von Hayek advocates the minimum of Government intervention in the economic process