Why there will be NO Hyperinflation

With all the hype about inflation and those who keep pressing for hyperinflation, it is sad to say that they neither understand history nor even what is hyperinflation. While people point to Germany or Zimbabwe as examples and harp on the central banks creating money, they then conclude the other dollar will turn to dust and the only survivor will be gold. In truth, never has the core economy has gone into hyperinflation and all peripheral economies survive. For the dollar to turn to dust, the entire rest of the world must go first. The US has the largest single debt, but it also has the largest economy. Even COVID has shown the difference whereas the head of state can just close down the entire country but in the United States, the president does not have that same power. The political difference is huge and the superficial analysis of inflation is really a joke. Most of these theories date back to the time when money was simply a coin. If one nation debased and others did not, the exchange rates were based solely on the metal content. Those days are long gone and the backing of a currency today is based entirely on its economic power which is its people. You can have all the resources in the world, but if corruption is so great as in Russia, then that has no bearing on its currency. Both Japan and Germany rose from the ashes of WWII without any gold reserves but they had their people who were highly productive. Updating the reality of hyperinflation and what we truly face is long overdue. 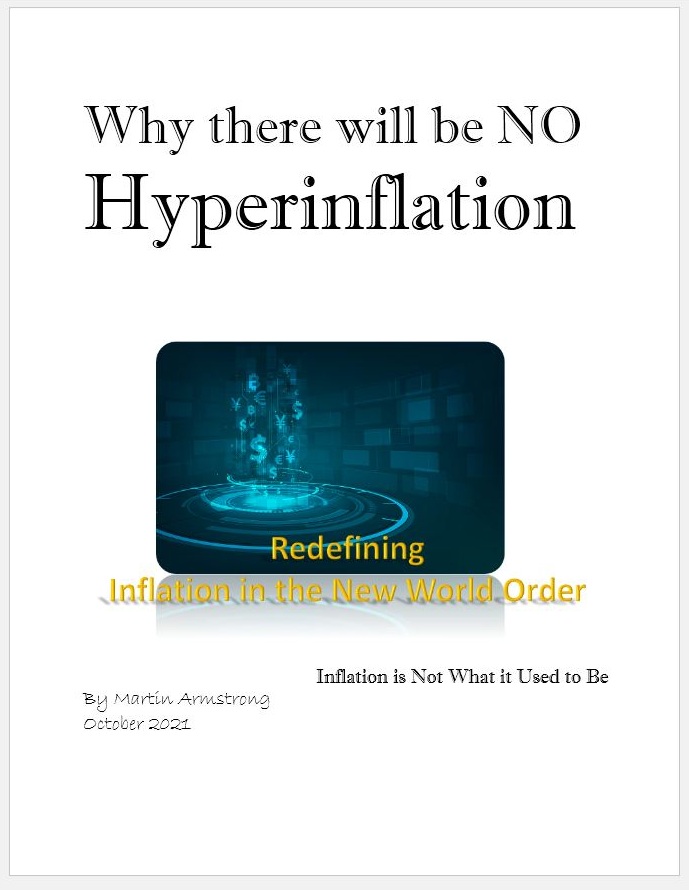