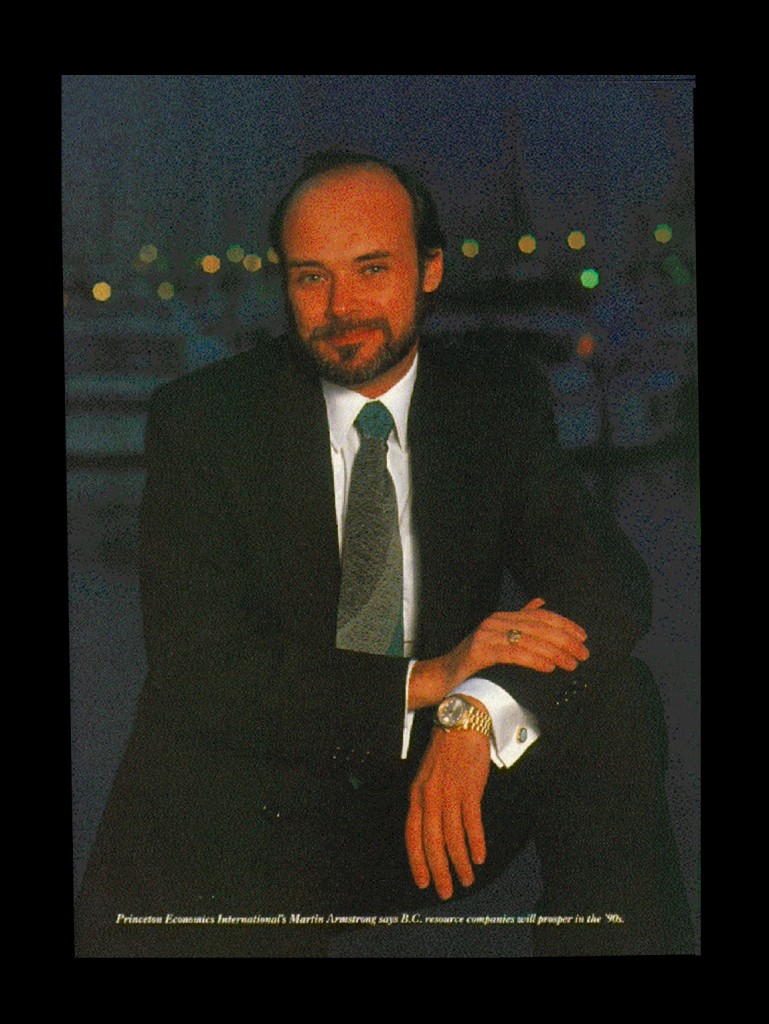 Martin Armstrong was named Economist of the Decade &

Hedge Fund Manager of the Year

Financial risks have always existed wherever trade has been undertaken. However, the extent to which they have been identified, quantified and controlled has varied tremendously. Some well-publicized losses have been incurred by both financial and non-financial organisations around the world over the last few decades. This has been highlighted by both investment nightmares as well as chaos in treasury risk management, How the tackle the future trends has become increasingly important.  Companies  are  trying  to  ensure  that  their  own  treasury  operations, however  simple,  are  properly   controlled while investors are befuddled by personal opinions from advisers that run the full gambit from conservative claims about bonds to the world will end tomorrow and only gold will survive.

Trying to ascertain the risks that confront us is by no means an easy task. Personal advisory track records only reflect the swings in the markets themselves. The tendency for advisers to say see, I was right, seems endless. The theory is that once correct, always correct. However, nobody can forecast the future from a personal opinion perspective and be consistent. To accomplish that, only a computer can avoid the emotional swings.

Employing the models developed by Martin Armstrong since the 1970s has produced one of the most astonishing track records over decades on a consistent basis because the key has been to distance as much as possible from personal opinion for nobody can always be right. Martin Armstrong was named Hedge Fun Manager of the Year for 1998. He managed several hedge funds for different firms including Deutsche Bank. The most remarkable aspect of his public track record is perhaps the lowest draw-downs of any fund manager in history. Here is the public audited track record of that Deutsche Bank fund to illustrate the scope and depth of the models employed in forecasting that are unmatched by opinion only advisers.