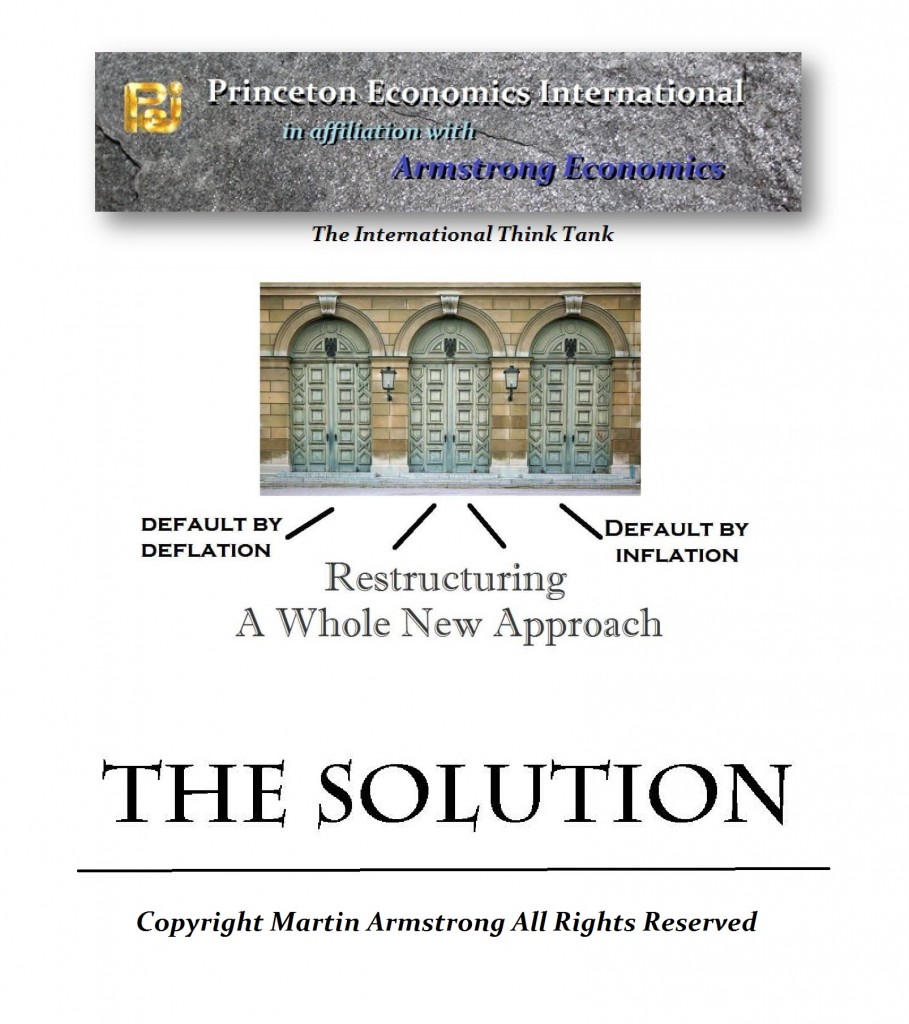 See Also the Cyprus Proposal Presented to that Government

What we face is the final days of Marxist-Keynesianism that justified centralized government planning of the political-economy. China and Russia both began their collapse in 1989 as the first leg of Marxism collapsed – outright Communism. The fundamental flaw of this entire theory is that government knows best and it will regulate and manipulate society by laws. The problem with this theory has been the establishment of a massive government bureaucracy that only furthers its own power. This entire NSA scandal is part of this crisis in abuse of government. All governments constantly seek to expand their power and in doing so, they always become far more dangerous to the long-term survivability of society.

John Maynard Keynes (1883-1946) in all fairness admitted his theory was wrong. Just prior to his death in 1946, Keynes told Henry Clay, a professor of Social Economics and Adviser to the Bank of England at the time that he hoped that Adam Smith’s Invisible Hand would help Great Britain get out of the economic depression it was in following its peak in 1914 and loss of the once great status of being the Financial Capital of the World. Keynes told Clay: “I find myself more and more relying for a solution of our problems on the invisible hand which I tried to eject from economic thinking twenty years ago.”

From a practical perspective, this Marxist-Keynesianism that has manifested in “Socialism” is constantly cast as the epic battle of the poor against the rich and that government will somehow correct that imbalance. But in truth, what emerges is anything but that battle. It becomes the battle of the moneylenders against all classes within society and that historically is what destroys empires, nations, and city states burying them in a common grave. Pictured above is the accumulative interest expenditures of the United States. When we set aside the nonsense of Democrat & Republican (Left v Right) politics and we look at this issue through the unbiased eye of facts, what emerges is the demonstration of how stupid society really is. About 70% of the total outstanding national debt did not go to help the poor, but it goes to pay interest on the borrowing.

If you think for one moment that politics has anything to do with this, you are wrong. One side argues the rich do not pay their “fair share” in taxes when in fact the defined “rich” (household income above $250,000) pay 86% of all income taxes. They then borrow from the poor through withholding taxes, return it as a “refund” and they are cheered as a hero. In reality, they are borrowing from the poor and not even having the dignity to pay them interest. It is as if someone stole your wallet, and then returns it to you pretending they found it and you thank them profusely. 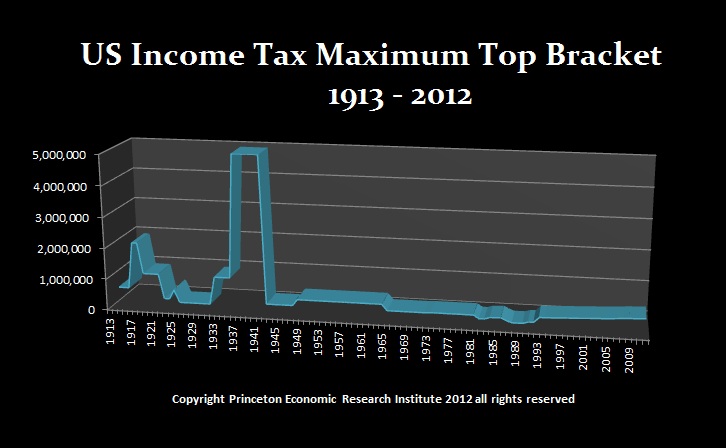 Defining the rich and who they are has been a shell game that they count on the people being too stupid to figure out. During the 2010 elections, Vice President Joe Biden had the audacity to claim the Republicans were the party protecting the “super rich” without ever stating that was household income of $250,000, not even individual income. He deliberately misled people creating the image of billionaires rather than household income of $250,000. Granted, going into World War II, the “rich” use to be individual income of $5 million when a Cadillac was just $600. That is when being a millionaire use to mean something.

The tax brackets have been as high as 94% in 1945. It does not matter who you are and how much you make. It is against human nature to be an economic slave where you work and hand over 94% of your earnings to the boss. Even serfdom you kept 20%. We may have outlawed private slave ownership, but we did not outlaw state slave ownership. The United States owns every person born in the country or outside if by American parents. Americans are taxed on worldwide income. The theory of taxation outside the USA was clear. You pay taxes if you live there because you are receiving the benefits of the services. In America, you pay taxes just because you are a slave owned by the government like an African slave they once freed only from PRIVATE ownership. You pay the government taxes not as your “fair share” when you do not use any services as in other countries (other than Japan), but because you are state property.

We are preparing the SOLUTION to the crisis we face constructed upon decades of research and simple facts – not wrapped in a political agenda. This will be available before then end of 2013. We have provided an outline proposal that was submitted to the Cyprus Government.

We also conducted a special seminar on the Sovereign Debt Crisis held in Philadelphia. This is available on DVD. 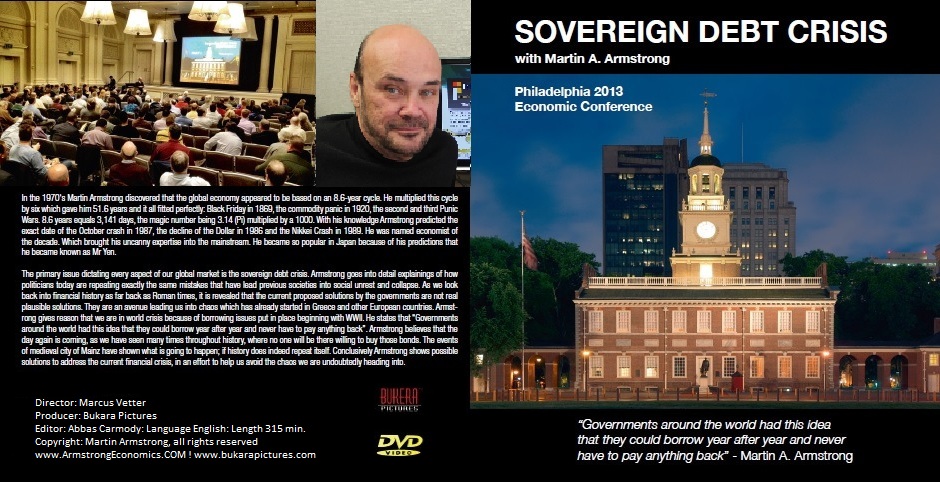