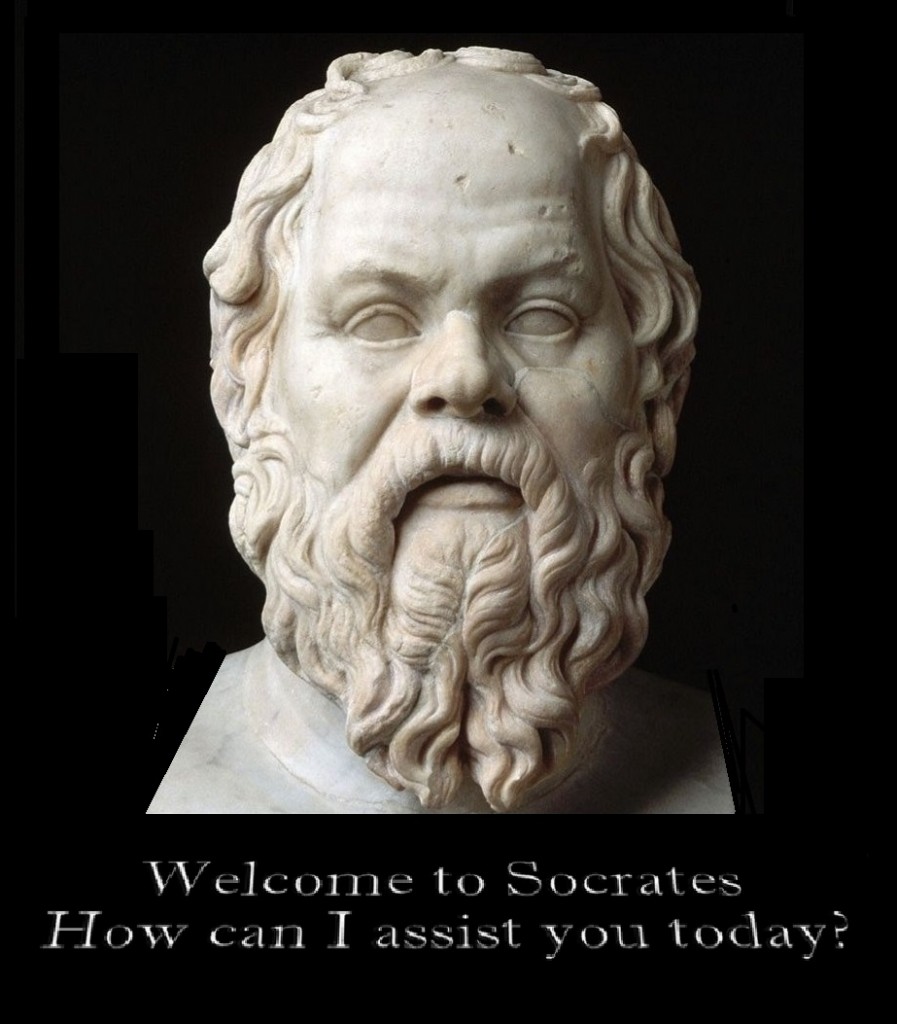 Our computer technology has been legendary for decades. We developed speech recognition and natural language machines back in the 1980s when Dragon Systems was still a hardware implementation. Creating the world’s largest database on the global economy cost untold tens of millions of dollars. Merging that accomplishment with the ability to create an actual thinking machine has truly been an achievement that is simply unmatched in the financial world.

We are unleashing the most astonishing computer that has ever been designed; it will place the entire world at your fingertips. Socrates will demonstrate that traditional thinking and modeling employed in the political-economic-financial world is as antiquated as assuming the earth is still flat.

Virtually every computer program from Black–Scholes to random walks on down have failed over the past decades for the same reason – they were based upon tiny slices of historical data that led to false assumptions. You cannot expect a programmer to understand markets, no less the political-economic-financial history of the world. Blending both fields together in a dynamic way makes the world comprehensible at last.

Computer models and economic theories have failed because of this total lack of historical data that has prevented their ability to survive a great crash. After failing to see that event, they are sucker-punched by the reversal in trend that typically leads to new highs, as was seen in the 1987 crash. These types of swings to new highs when others expect the trend in motion to stay in motion are missed because human emotions far too often obstruct the view.

Forecasting has been plagued by the basic assumption in our political-economic-financial world that expects the current trend in motion to simply stay in motion. They cannot understand the business cycle or that what goes up must also come crashing down. The only question is WHEN? Socrates will deal with this cyclical aspect to the economy in a comprehensive manner by covering the changes in trend that models fail to understand.

Socrates stands as proof that we are on the threshold of a completely new dawn. This is the achievement of mankind – the threshold of the Age of Reasoning & Awakening – where we take that step forward for mankind by comprehending that not merely is the world not flat. We are all connected, and we indeed need each other to survive this journey we call life and the evolutionary process of civilization.