The Next US & World Civil War

This special report dives into the history and what comes to the surface may shock a lot of people. The US Constitution was ratified only by the tyranny of the majority. The vote was 39 out of 70 delegates and the issue was clearly federal v state rights. The divisions that have formed countries throughout the centuries remain the same. The issues may appear to change such as slavery or religion, but those dividing lines are never erased. What comes together by force, will never last. What was before, will always unfold again but for different reasons. There are some nations that are East v West as in Canada and Australia. In most others, the division was North v South as we still see not just in Ireland, but in Germany, Italy, and certainly the United States. This division of vaccinated v unvaccinated is still the same issue of state’s rights. What has been attempted once more is the tyranny of the majority and that never provides any long-term solution. 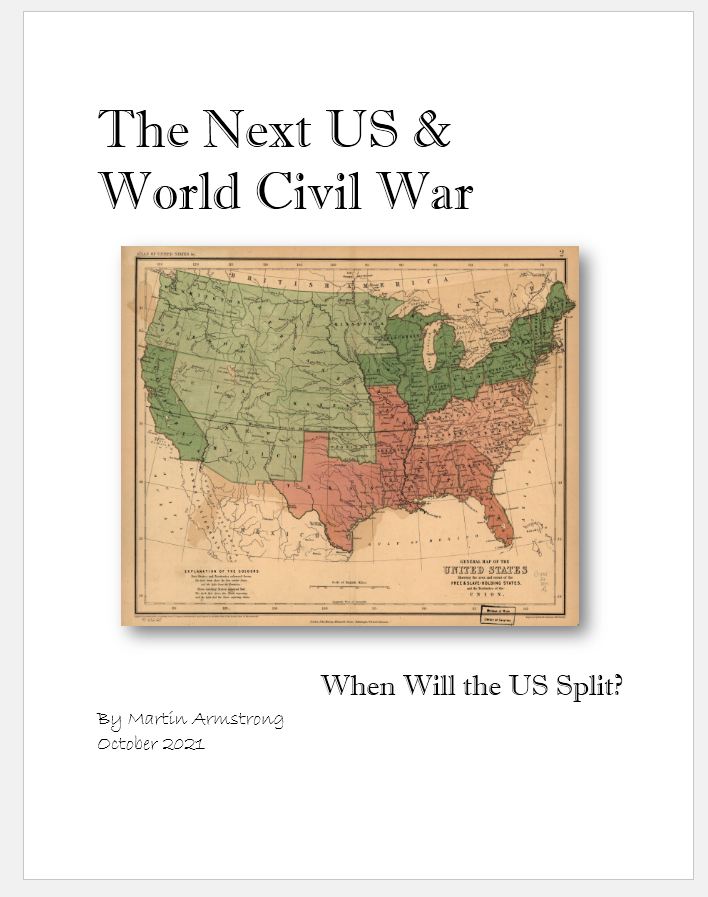