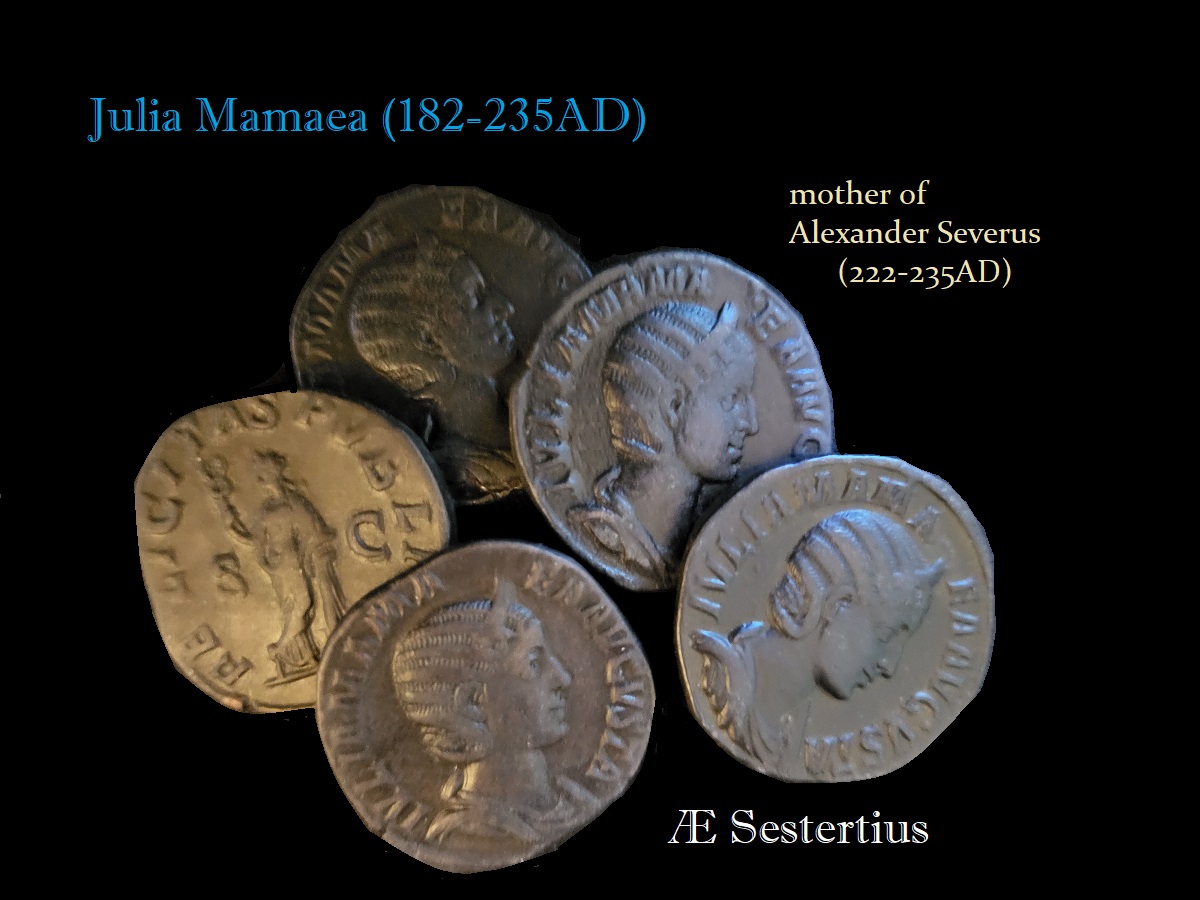 We have just a few sestertii from the hoard that included Julia Mamaea who was the daughter of Julia Maesa. She was married to Gessius Marcianus – a Syrian knight. Julia gave birth to a son, Severus Alexander, who would become Emperor of Rome. Severus was raised to the rank of Caesar by cousin Elagabalusat at the instigation of his grandmother Julia Maesa and as such, became his heir to the throne.

Following the murder of Elagabalus and his mother, Severus Alexander was proclaimed Emperor and Julia Mamaea, Augusta in 222 AD. Julia dominated her son and as such became the true ruler of the Empire. She was ruthless and extremely greedy and even her own son said that her greed was relentless.

Julia effectively drove any and all opposition out of the court, including her own son’s wife, Orbiana. Julia’s dominance knew no bounds and she even interfered with her son’s military decisions, particularly during the German campaigns of 234-235 AD. It was her domination that fueled the resentment of the Legions. Finally, a general by the name of Maximinus led a revolt primarily against Julia. She, along with her son, were murdered by their own troops.