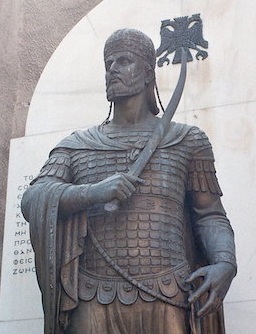 Constantine XI Dragases Palaeologus (b: 1405; 1448 – 1453)  was the son of Manuel II and the last Emperor of the Byzantine Empire. He ruled Constantinople and died in battle at the fall of Constantinople in 1453. He previously was serving as regent for his brother John VIII (1437–1439AD), and he eventually succeeded his brother who died of natural causes in 1448. There was little he could do to save the Constantinople since most of the Empire had fallen by this point in history.

Constantine ruled for just over 4 years. Sultan Mehmed II was approaching Constantinople. That was inevitable. Constantine did what he could to organize the defense of the city. He established a stockpile of food to prepare for a siege. Constantine also and repaired walls in hopes of defending the city. However, with the introduction of the canon, the walls that were once formidable would not withstand such an assault. The economy of the Byzantine Empire had imploded. Even the coinage of Constantine XI is void of any gold. Constantine could only muster perhaps 7,000 men to defend the city against an onslaught of an Ottoman army that numbered perhaps 70,000. 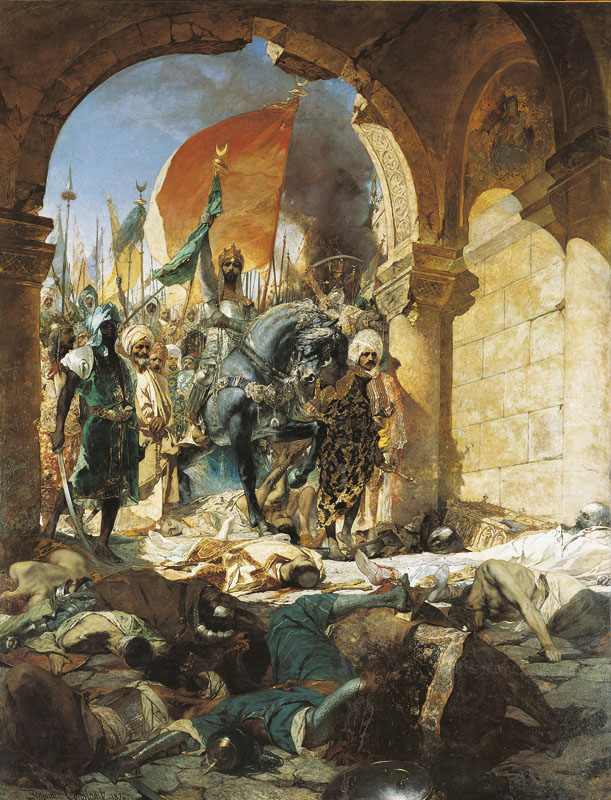 Before the siege began, Sultan Mehmed II made an offer to Constantine XI. In exchange for the surrender of Constantinople, the emperor’s life would be spared and he would continue to rule in Mistra. As preserved by G. Sphrantzes, Constantine replied:

To surrender the city to you is beyond my authority or anyone else’s who lives in it, for all of us, after taking the mutual decision, shall die of our own free will without trying to save our lives.

Constantine personally led the defence of the city fighting alongside his troops in the land walls. Constantine died that day when the city fell on May 29th, 1453 fighting on the walls. There were no known surviving eyewitnesses to the death of the Emperor and none of his entourage survived to offer any credible account of his death. According to Michael Critobulus (writing later in Mehmed’s service), he remarked, “The city is fallen and I am still alive.” Then he tore off his imperial ornaments so as to let nothing distinguish him from any other soldier and led his remaining soldiers into a last charge where he was killed.

Mehmed sent soldiers to search for the body and they found one with silk stockings with an eagle embroidered in it. The Turks decapitated the corpse and marched around the city displaying the head. However, it was said that the people did not recognize the head and thus Mehmed was deprived of this symbolic victory. 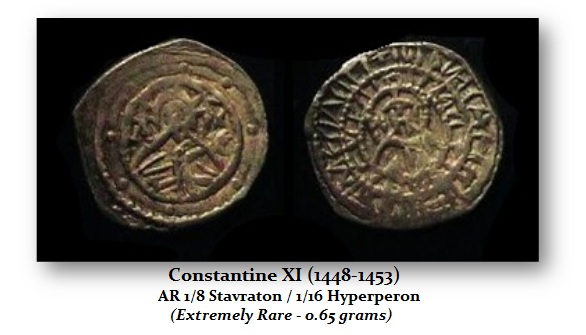 Note: There were only silver denomination struck during the final years of the Byzantine Empire