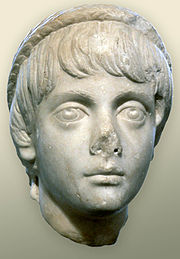 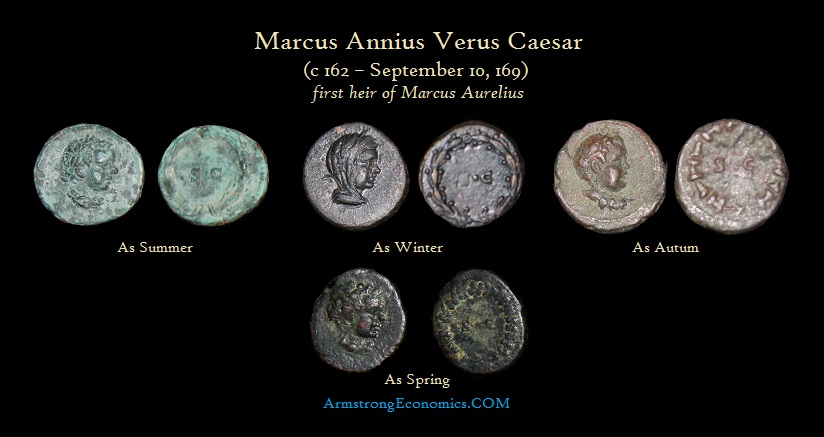 There were no coins issued during his lifetime. Following his death, he was commemorated on bronze quadrans. There appear to be four types representing the four seasons.