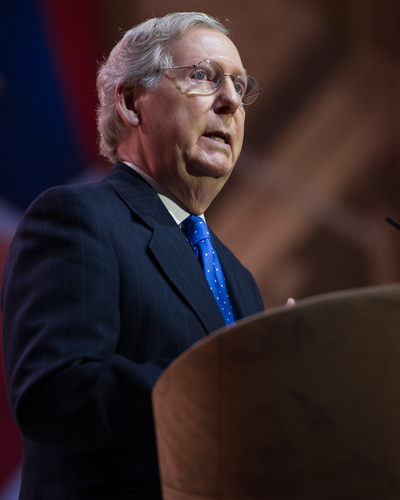 I have warned that Mitch McConnell is one of the Swamp Creatures. He has been secretly anti-Trump from the start. Sources are now saying that he is instructing Republican senators that they are free to convict Trump and it is a matter of personal conscience. This has been his plan all along. The elite Republicans, like John McCain, were always anti-Trump because he was an outsider. McConnell is the very reason we may see a third party rise up in 2022. On the opposite side, there are Republicans talking about creating an anti-Trump party. Either way, our model showing a panic cycle in politics for 2022 seem to be shaping up. While everyone tries to focus on Trump as an individual, they are deliberately avoiding the ver movement that merely voted for him which was anti-Congress more so than pro-Trump as a personality.

McConnell thinks that they can ban Trump from running again and he can return Washington to the Swamp. Even the whole GameStop event was inspired by the same anti-establishment movement. Both the Democrats and Republicans think the people are just stupid sheep and banning Trump from ever running again will kill the movement. What we are witnessing is McConnel destroying the Republican Party for it will split. This is no longer about Trump, this is about his dishonest actions all along which encouraged the Democrats to bring the impeachment with the sole objective of banned Trump from holding any office ever again. McConnell just wants the swamp back the way it was and you can bet he will no defend your liberty.

These people in Washington live in their own bubble. They have become the enemy of the people who they can run on one issue and then impose a host of other things nobody ever voted for and they have the audacity to call this “democracy” but it goes against then it is suddenly evil “populism.” Congress is at the very bottom of the Gallup Poll on trustworthy careers. They have become not “honorable” as they call themselves, but the scum of society.

Extermi9nating Trump from politics will not end the anti-establishment movement. They will unleash a garage of legal actions against him to further try to prevent him from entering any role in politics running even for dog-catcher. Yet Trumpism, as they call it,  is not new at all and they prefer to think this is all just Trump and not about them in the least.

This anti-establishment has been a growing philosophy of distrust and discontent which over the course of years has manifested a bipartisan populist undercurrent that stretches back through Pat Buchanan, Ross Perot, Barry Goldwater, George Wallace, Huey Long, William Jennings Bryan, and even Andrew Jackson – the people against the establishment.

The London FT did a piece on “populism” and how all the politicians were frightened that they could be thrown out after Trump won in 2016. As the FT said, populism “horrified” the global political elite because they feared losing power!

They hate democracy and see “populism” as something not to be tolerated. Even Schwab is hinting that we, the Great Unwashed, who are just too stupid to be able to vote should just resolve to be like worker ants and serve the hive. 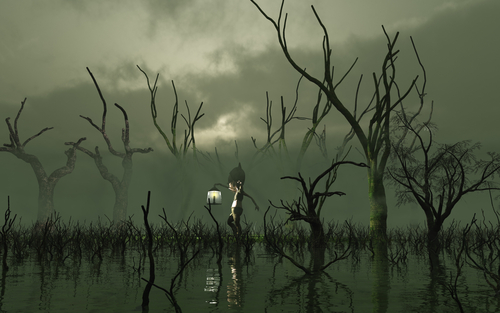 Mitch McConnell is no different from Pelosi or Schumer. They are all keepers of the Swamp.